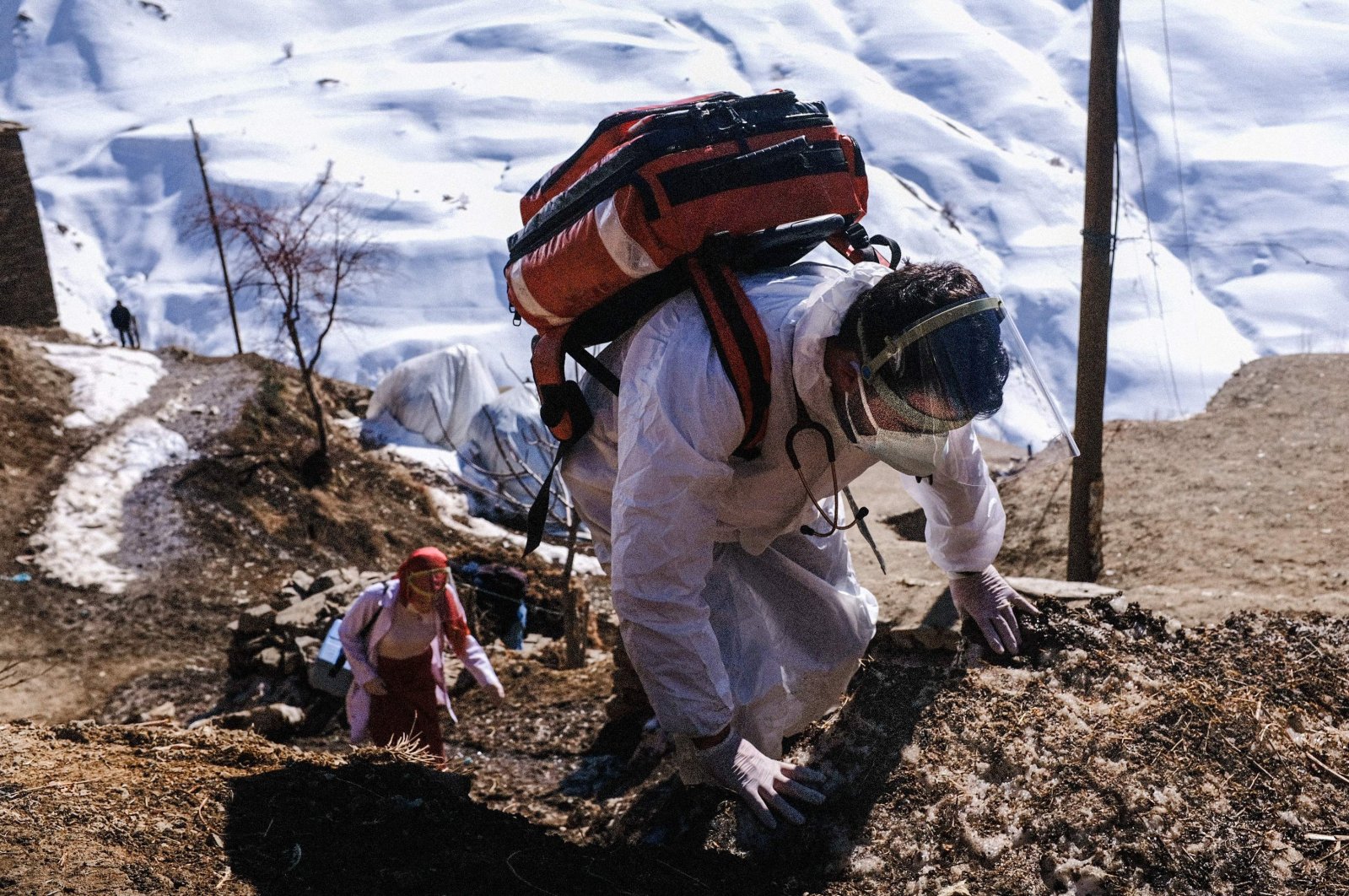 Doctors and a nurse (C) from the Bahçesaray public hospital vaccination team, arrive at the village of Güneyyamaç in eastern Turkey, Feb. 15, 2021. (AFP Photo)
by Anadolu Agency
Feb 28, 2021 7:55 pm

The country's overall caseload crossed 2.7 million, including 28,569 related deaths with 66 of them coming on Sunday, according to the Health Ministry.

As many as 6,511 patients won the battle against the disease, bringing the number of recoveries to over 2.57 million.

The latest figures show that the number of COVID-19 patients in critical condition dropped to 1,191.

According to ministry figures, the country has so far administered nearly 8.58 million jabs nationwide. Over 6.88 million people have received their first doses, while second doses have been given to nearly 1.7 million.

Turkey has been imposing weekend and nighttime curfews in order to curb the spread of the disease since November. Last week, Health Minister Fahrettin Koca said restrictions will be eased from March 1 onwards.

Since December 2019, when the first cases were detected in Wuhan, China, the pandemic has claimed over 2.527 million lives in 191 countries and regions.

Over 113.8 million cases have been reported worldwide, with recoveries now over 64.32 million, according to figures by the U.S.' Johns Hopkins University.