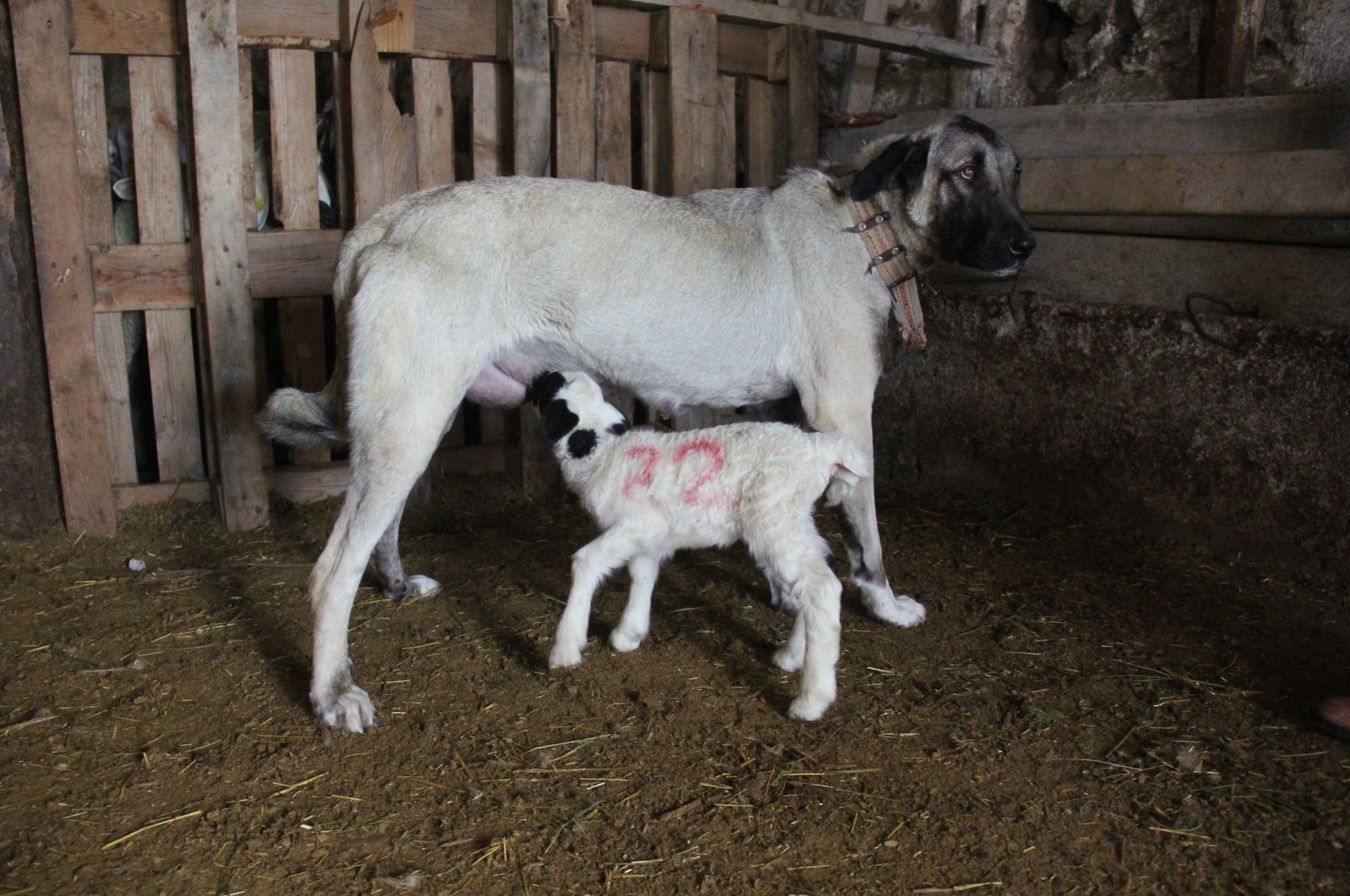 A newborn lamb found an unlikely source for her breastfeeding needs: a Kangal, the famous Turkish canine breed. The lamb, living in the stable of a Kangal breeder in the dog's native province of Sivas in central Turkey frequently visits the gigantic dog to suckle her.

Zabit Bektaş, the Kangal breeder and owner of the lamb, said though the lamb had a mother, she apparently could not meet her breastfeeding needs and she turned to the dog, also a mother. "The Kangal does not complain. These dogs already have an instinct to protect others and she helps him. She has a high breastfeeding capacity and her milk is sufficient both for the lamb and her own litter," he told Anadolu Agency (AA) on Saturday.

Kangals, probably the most famous of the Turkish canine breeds, are known for their immense size, which earned them the nickname “Anatolian lion.” They are among the most sought-after breeds for their agility, intelligence, loyalty and courage. A guard dog, they are the preferred choice of herdsmen across the globe for effectively blocking any attack, often without harming the animals preying on herds.

They are also used for psychological therapy for children, especially those with autism, and for those recovering from drug addiction. Their origin dates back to more than 6,000 years ago. They are capable of enduring Turkey's harsh climate in winter and the nomadic lifestyle of shepherds.