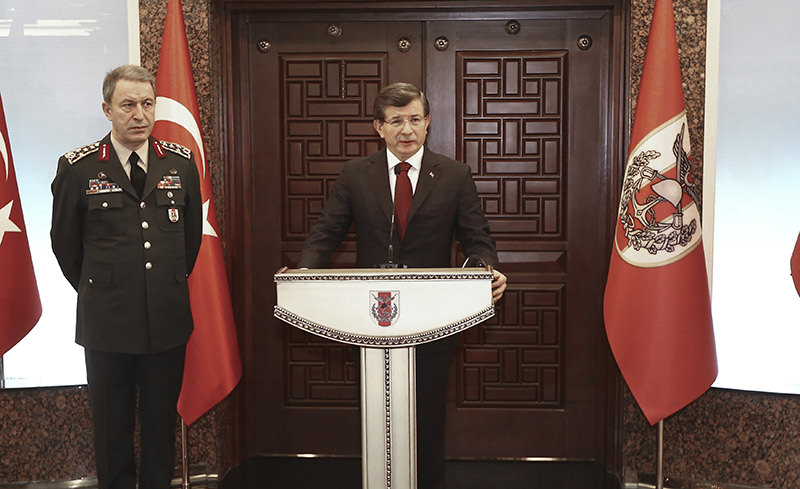 | AA Photo
by Daily Sabah Feb 18, 2016 12:00 am
Prime Minister Ahmet Davutoğlu said on Thursday that the deadly Ankara attack was carried out by a PYD/YPG suicide bomber from Syria in collaboration with the PKK terrorist organization.

Speaking to reporters in Ankara, Davutoğlu said that the attack was carried out by a Syrian national named Saleh Nejar (24), who was born in Syria's Hasakah province. 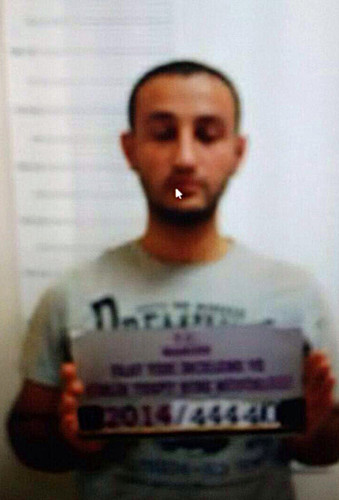 "It has been determined with certainty that this attack was carried out by members of the separatist terror organization PKK, together with a member of the YPG who infiltrated from Syria," Davutoğlu said.

He said that Turkish security forces have detained nine people in connection with the deadly attack, which killed 28 people and injured 61, while noting that 26 of the 28 people killed in Ankara attack were soldiers.

The Interior Minister Efkan Ala also made comments regarding the detainees later on in the day, saying the operations to nab those responsible were ongoing. A total of 14 people were yet detained in seven cities throughout Turkey in connection to the bombing, he said, adding that some of the detainees were brought to the capital.

"Their connection [detainees] to the YPG has been confirmed," Davutoğlu said and added that he cannot comment further as the investigation is still proceeding.

Davutoğlu underscored that there is concrete evidence about the YPG's involvement in the attack, and added that Turkey expects support in accordance with the evidence.

Davutoğlu noted that he has given instructions to the Minister of Foreign Affairs Mevlüt Çavuşoğlu to distribute documents containing information about the incident, to the members of the United Nations Security Council, known as the Permanent 5.

He reaffirmed that Turkey will retaliate against the perpetrators of the attack and said that the Turkish Air Force have conducted cross-border operations in Northern Iraq, killing over 70 PKK terrorists, including senior members.

"We will take all precautions under the scope of legitimate self-defense and will retaliate with no hesitance," he said.

The prime minister also said that the same way Al-Qaida and Daesh cannot sit on peace tables, the YPG also cannot sit on the peace table and they do not have the 'right to represent the Syrian people.'

He noted that it is unacceptable for members of NATO and the United States to have relations with an organization which carried out terrorist attacks 'in the heart of Turkey.'

The prime minister also touched on Russia's condemnation of the attack and said it was a 'positive thing' while he urged Russia to stop using its force against innocent civilians in Syria.

The PYD/YPG is largely accepted as the Syrian wing of the PKK, which is recognized as a terror organization by the U.S., the EU and NATO. The group recently opened an office in Moscow adorned with a poster of PKK leader Abdullah Öcalan.