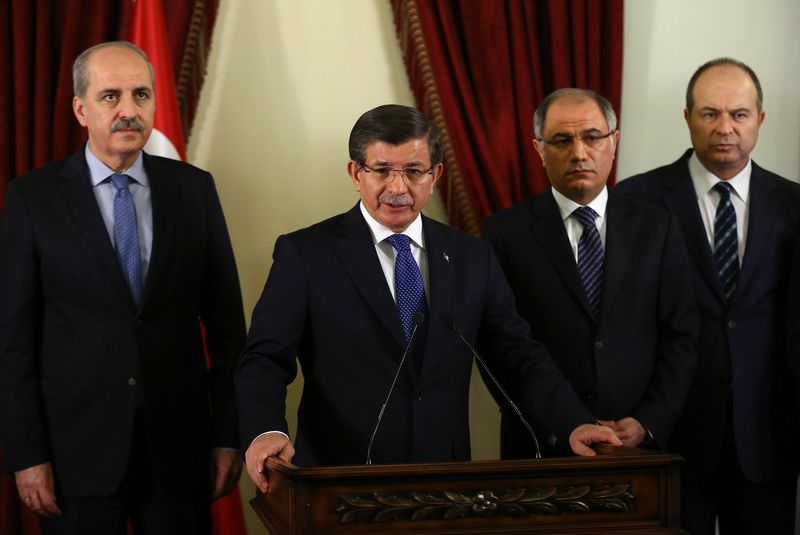 by Daily Sabah with Agencies Feb 20, 2016 12:00 am
Prime Minister Ahmet Davutoğlu said on Saturday that Turkey is set to introduce new security measures, in the wake of a suicide car bombing in Ankara that killed 28 people on Feb. 17.

"We are going to make changes in the matter of security," Davutoğlu said after a five-hour meeting in the capital Ankara with security chiefs, adding that an anti-terror "action plan" was being prepared.

The prime minister said that more security forces would be deployed and their presence would become "more visible" as part of the new plan, but he also called on citizens to support and participate in the new security plan.

"Terrorist groups aim to cause trauma and chaos among the population. We must all assist the security forces," he said. "No security efforts can succeed without the support of the people," Davutoğlu added.

He said the link between PKK and PYD/YPG has been detected in the Ankara bombing and the perpetrator, who was said to be a Syrian national, has been identified from his fingerprints taken when he entered the country.

The sources from the prosector's office denied the statement posted on TAK's website which claimed the attack.

According to the post, the perpetrator was a TAK member named Abdülbaki Sönmez (Zınar Reperin) from Turkey's eastern Van province. His name was posted along with a picture and a few lines about Zınar's life. The post claimed that the attack was carried out to avenge Turkish military operations against the terror organization in Turkey and Syria.

The image in the statement was later found to be manipulated after Şafak İnan, a writer on a Turkish news website, told Turkish broadcaster Ulusal Kanal that the picture posted on TAK's website was a modified version of his own picture which he has been using for his columns since 2010.

Davutoğlu said that the TAK had claimed the attack as a "proxy" to shield the PYD/YPG and he urged Turkey's NATO ally Washington to see any attack on Turkey as an attack on the United States.

Davutoğlu added that 22 suspects had been detained over the Ankara bombing.

President Recep Tayyip Erdoğan also commented on the matter on Saturday and said Turkey reserves its right to conduct military operations when it finds necessary.

Addressing citizens in southeastern Gaziantep province, Erdoğan said the Turkish military's rules of engagement will be expanded to cover any threat from the terrorist organizations including Daesh and PYD/YPG.