Turkey not to hesitate in its struggle against terror, PM Davutoğlu says 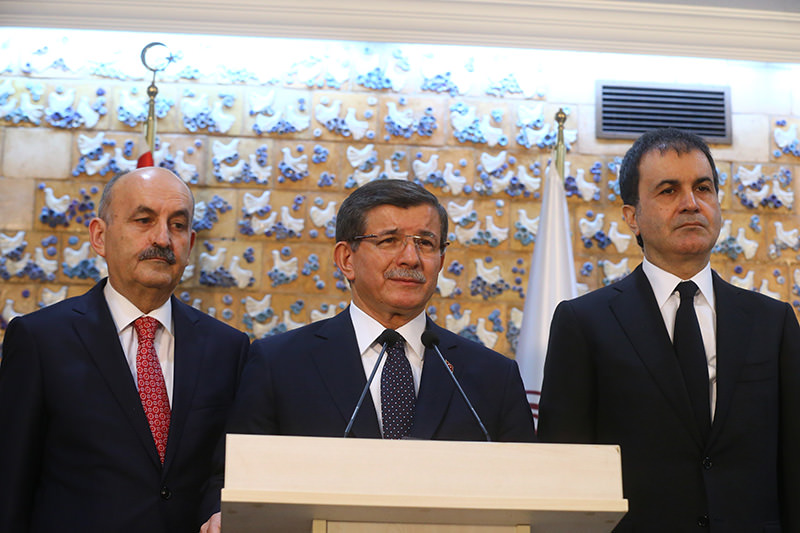 Speaking for the first time on Monday after Sunday's deadly attack in Ankara, Prime Minister Ahmet Davutoğlu said that Turkey will not hesitate in its fight against terror.

Prime Minister Davutoğlu said while the source and one assailant of the attack was identified, 11 people associated with the attack were detained so far, and added that security forces are currently investigating the organization behind the attack.

Describing the attack and assailant as heinous and barbaric, Davutoğlu said the attack was move against Turkey's successful fight against the PKK, DAESH and the People's Revolutionary Liberation Party-Front's (DHKP-C) terrorism since July 23, 2015.

"I call on all terror groups and the leaders behind them. You will not deter us from our will. Following last night's incident and identifying the terror groups behind it, our security forces have launched a large-scale operation in Northern Iraq. Likewise, our determined fight against the terror group is continuing in [southeastern] Nusaybin and Yüksekova districts," Davutoğlu said.

Meanwhile, Davutoğlu also thanked the opposition Nationalist Movement Party (MHP) Chairman Devlet Bahçeli for his solidarity, saying "These days are also tests for politicians." He added that such incidents should not be used for political gains and that they are not political matters.

Davutoğlu added that the government has renewed its authorization for security forces in the ongoing determined fight against all the terror groups until Turkey is cleared of terrorists.

Also speaking on the same day after the weekly cabinet meeting, Deputy PM Numan Kurtulmuş reiterated that a woman was "definitely" one of the suicide bombers who perpetrated the car bombing in Ankara.

Kurtulmuş said that the second bomber was male, although his identity had yet to be confirmed.