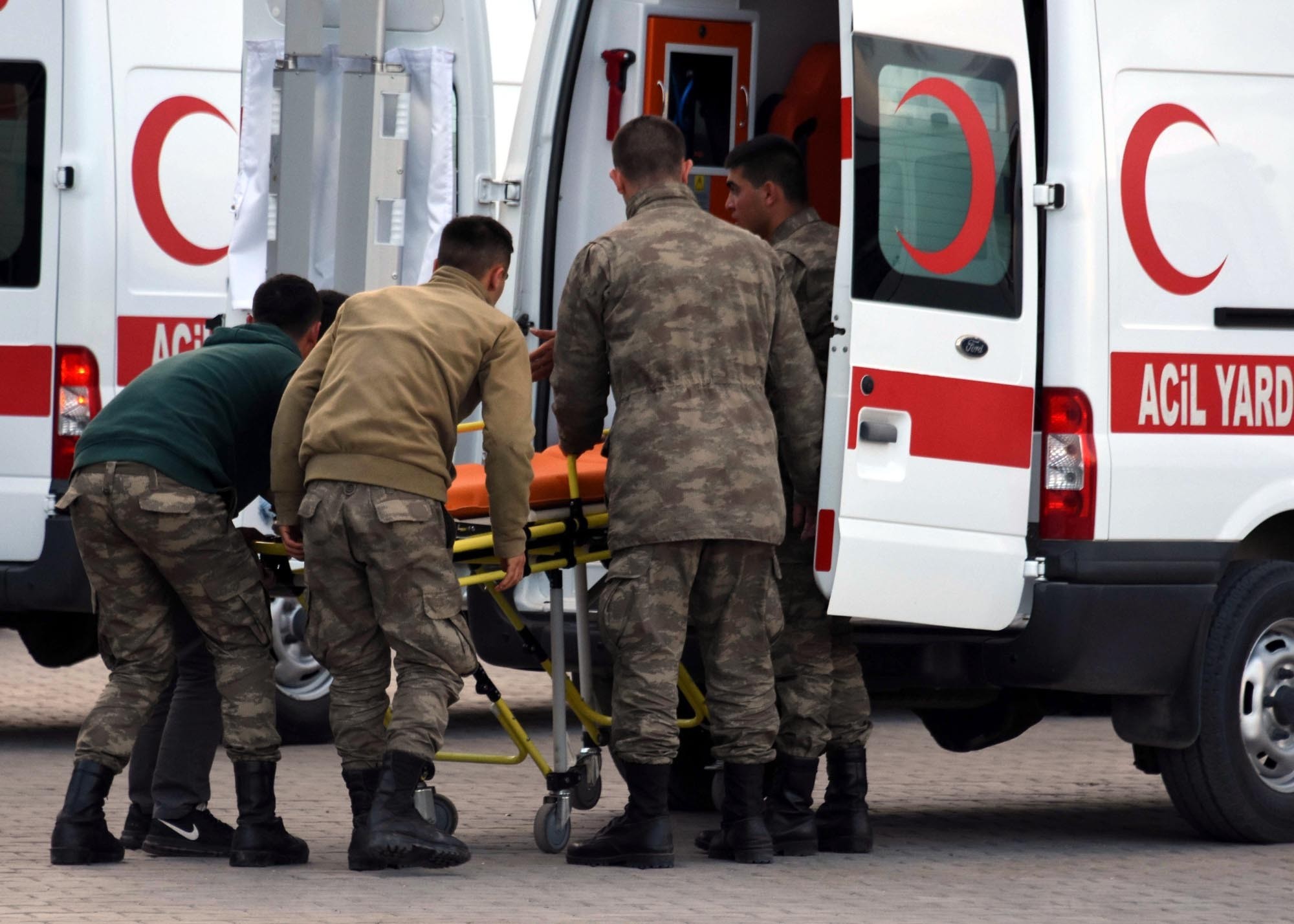 Six Turkish soldiers were killed and four others were wounded in a PKK terror attack on Tuesday in the district of Çaldıran in eastern Van province.

The attack was carried out with explosives planted on the highway between Van's Çaldıran and Ağrı's Doğubeyazıt districts.

PKK terrorists detonated the explosives on the highway as a military vehicle was passing. The wounded soldiers were immediately transferred to hospitals.

Security forces in the province commenced an air-supported counter-terror operation.

In another region, Turkish forces killed three terrorists in the district of Silopi in southeastern Şırnak province after they failed to stop at a security checkpoint and opened fire along the Silopi-Cizre road, a source said.

According to the unnamed source, who spoke on condition of anonymity due to restrictions on speaking to the media, after the shootout, security forces seized guns and ammunition from the car.

The source also said that more terrorists would surrender to security forces thanks to the ongoing Hawk-7 Operation, meant to fill in PKK-made trenches, lift barricades, destroy homemade explosives, and re-establish public order in the region.

The counter-terrorism operation in Nusaybin has been ongoing since March 14.

Turkey's southeast has been the scene of significant military operations since December 2015 as the police and army seek to clear the PKK terrorist organization from urban areas.

Since then, more than 480 members of the security forces, including troops, police officers and village guards, have been killed.