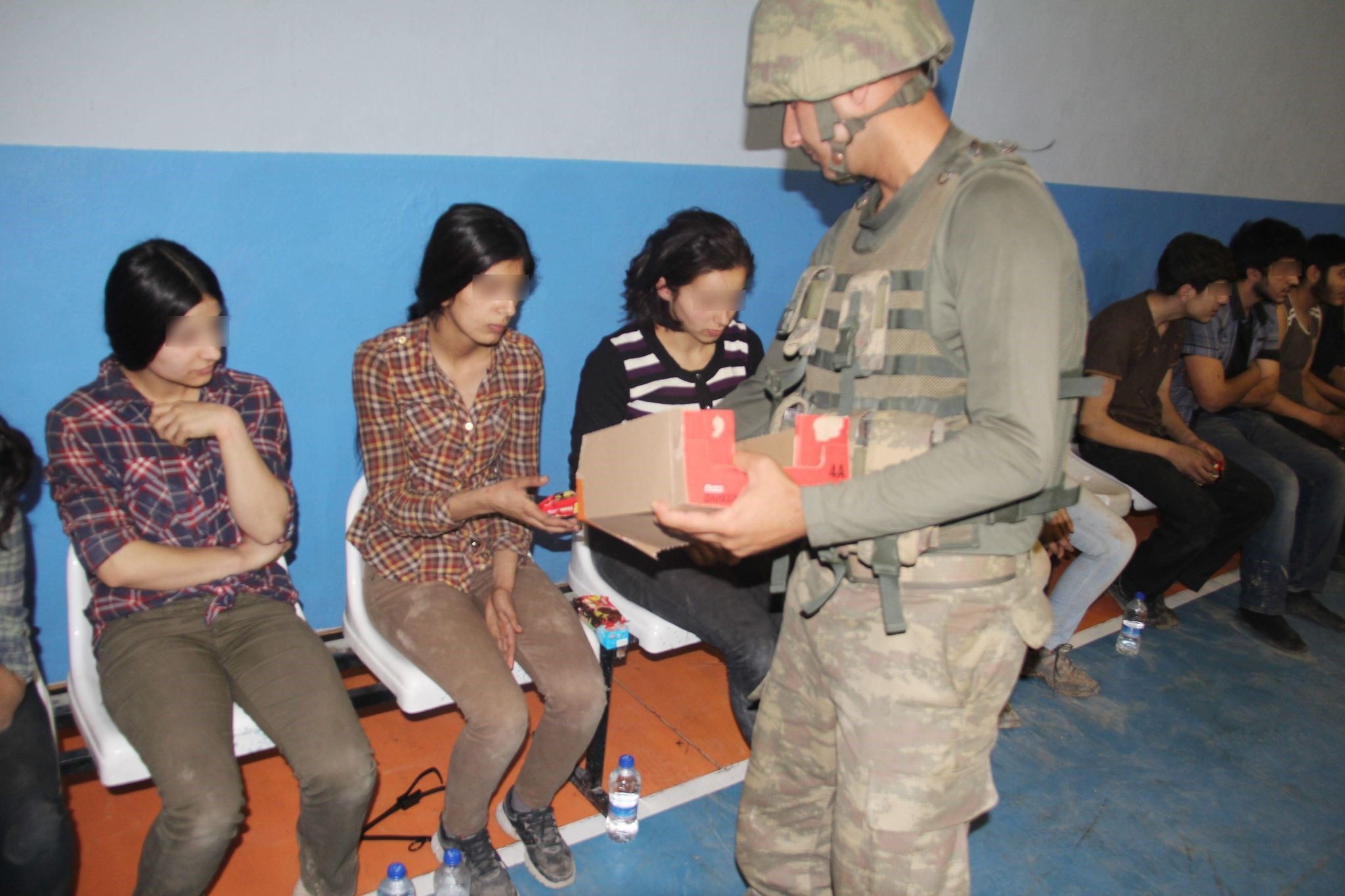 A female terrorist who surrendered to security forces has said that the PKK forced her to fight against Turkey.

According to a video released by the Turkish Armed Forces on Wednesday, Zehra K. is among 25 terrorists who surrendered to the Turkish army Tuesday in Mardin's Nusaybin district. In another video where she meets her parents she says: "My biggest mistake was to be fooled by the PKK. Because the PKK is burning both the Republic of Turkey and the Kurdish nation. So what I want to say to young people is that the organization [PKK] forced me into this but what I understand [now] is that they should take refuge in the state.

"Personally I did not have any hope. We surrendered ourselves; if it was me I would fire bullets, but the state opened its arms to us even in a process like this, even in an environment like this. The state gave me every chance and never forced me to do anything. They treated me as best as they can. They treated me in a way they should not."

Meanwhile, 42 PKK terrorists, among whom were 10 females, also surrendered on Thursday during counter-terrorism operations conducted by security forces in Nusaybin district of Turkey's southeastern Mardin province, according to a statement released by military sources.

On May 16, in operations in Nusaybin, security forces found a notebook belonging to Zehra K. in which she admits making a mistake in joining the PKK. Then the notebook was handed to her parents and her father said she should surrender.

Ankara has reiterated its determined stance against PKK terror organization, vowing to continue operations until all the terror threats are cleared off.