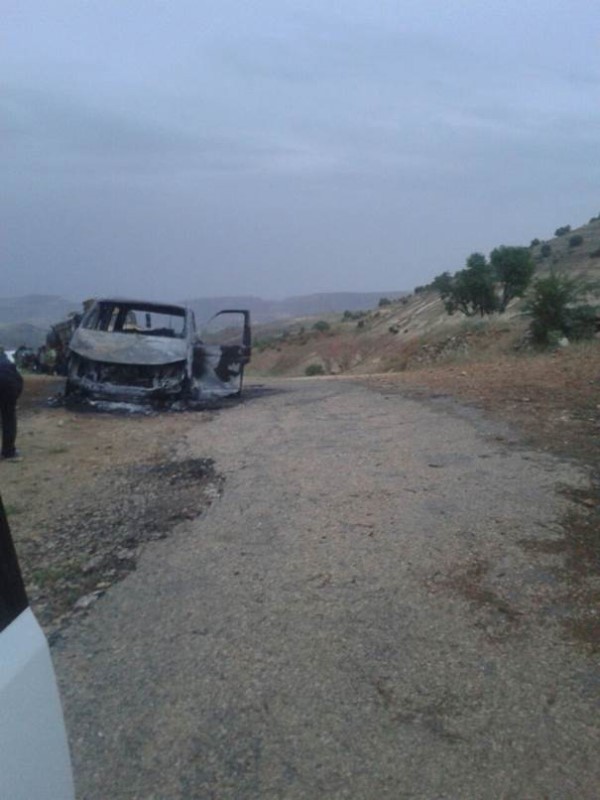 PKK terrorist organization militants burned alive on Thursday a village head (mukhtar) after hijacking his vehicle from a village in Yeşilli district of Turkey's southeastern Mardin province, a statement released by military sources said on Friday.

The terrorists reportedly kidnapped Memet Acu, the mukhtar of Bahçebaşı village, and his private van. Acu was, later, found burned alive in his van nearly four kilometers away from the village.

Security forces said that the terrorist group wrote 'YPG' and 'PKK' on the burnt vehicle.

A wide-range operation has been launched in the area to arrest the terrorists.

Turkey's southeast has been the scene of significant military operations since December 2015 as police and the army seek to clear the PKK terrorist organization from urban areas.