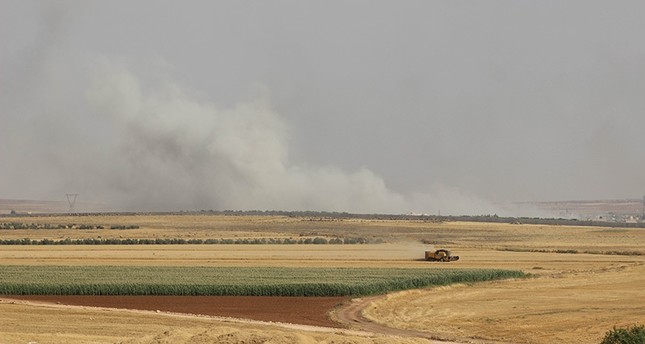 At least 19 Daesh terrorists were killed on Monday in northern Syria during an operation by the Turkish Armed Forces and the U.S.-led coalition, security sources have said.

Turkish artillery and coalition jets hit a total of 35 Daesh targets, including weapon emplacements, Katyusha rockets and mortars which were reportedly preparing to attack Turkey, security sources said on Tuesday on condition of anonymity due to restrictions on speaking with the media.

Since mid-January, Daesh rockets have been targeting towns and cities in southern Turkey, close to the Syrian border. A total of 21 people, including Syrians who had taken shelter in Turkey, were killed and more than 70 others wounded in such attacks.

Meanwhile, Turkish jets also carried out an air operation in the Qandil region in northern Iraq and hit seven targets, including shelters, belonging to the PKK.

The PKK -- listed as a terrorist organization by Turkey, the U.S. and the EU -- resumed its 30-year armed campaign against the Turkish state in July 2015.
Share on Facebook Share on Twitter
Previous in War On Terror National Education Minister İsmet Yılmaz said on Sunday that the PKK... Next in War On Terror Eight people were injured when a bomb-laden car, targeting a police...
DAILY SABAH RECOMMENDS