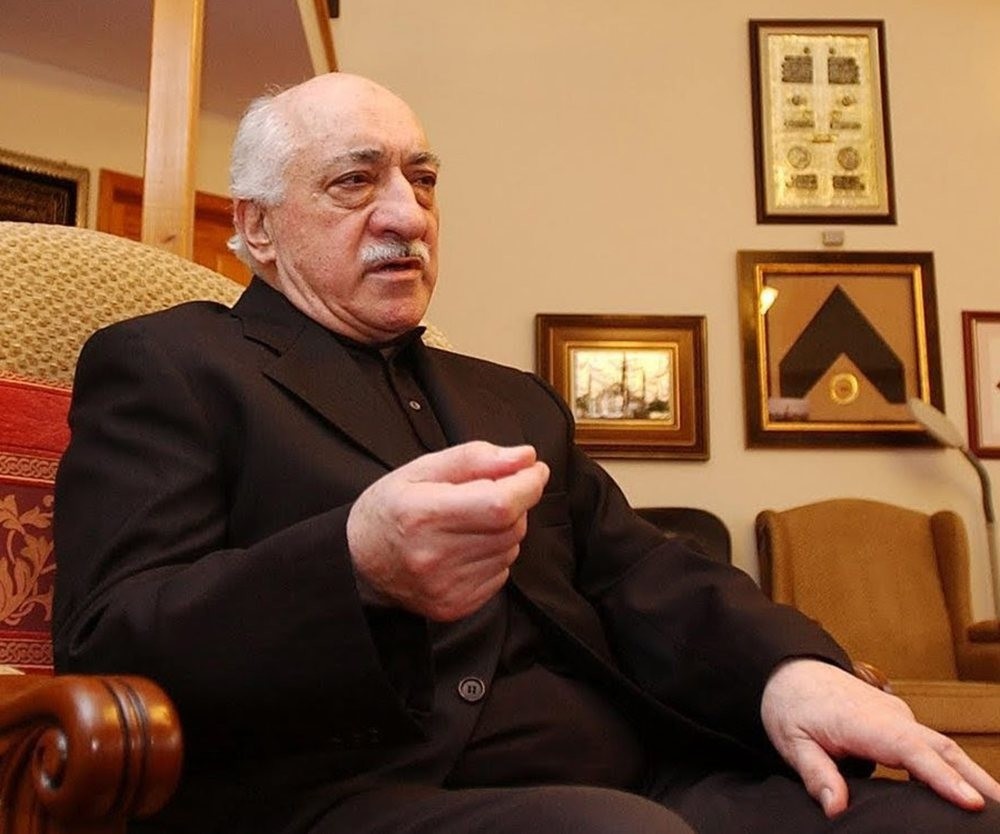 The bloody coup attempt on July 15, orchestrated by FETÖ leader Gülen, was not the first move by the terror group to topple Erdoğan and the democratically elected government. FETÖ made moves in 2012 and 2013

The bloody coup attempt on July 15 was the latest move by the U.S.-based Gülenist Terror Organization (FETÖ) leader Fethullah Gülen to seize power in Turkey and attempt to topple President Recep Tayyip Erdoğan as well as the government. The first sign that Gülen was planning an ill-intentioned takeover in Turkey came to surface after Gülenist prosecutor Sadrettin Sarıkaya summoned National Intelligence Organization (MİT) head Hakan Fidan on Feb. 7, 2012 for questioning. Sarıkaya wanted to bring Fidan in to challenge him about speaking with terrorists. Fidan's phone call with then-Prime Minister Erdoğan turned this around, as Erdoğan strictly prevented Fidan from testifying before Sarıkaya. Many in Turkey have speculated that Sarıkaya intended to summon Erdoğan after the MİT head was questioned.

In the wake of the Feb. 7 summons, many started to suspect the Gülen Movement was trying to challenge the government. Erdoğan said that this was his first signal of what was to follow.

Having waged a fierce political battle against Erdoğan, who is determined to shut down private Gülenist cram schools, FETÖ took a second step on Dec. 17, 2013 and started a wide-ranging wave of detentions and investigations into some government ministers as well as businessmen close to the government, on charges of corruption.

Through illegal wiretaps and falsified evidence, Gülenist prosecutors aimed to undermine the legitimacy of the government.

After the government weathered this first storm, a third step was taken by FETÖ on Dec. 25, when the investigation was expanded and Gülenists attempted to detain then-Prime Minister Erdoğan's son Bilal Erdoğan.

Many saw the events of Dec. 17 and Dec. 25 as an attempted coup that directly targeted Erdoğan and his government.

Since then, the government has expelled many Gülenists from the judiciary, military, police department and numerous state institutions. Tens of thousands of Gülenists, who disguise their intentions and dissimulate thier actions, managed to retain their posts.

The latest move by FETÖ to topple Erdoğan and overthrow the democratically elected government came on July 15, less than a month before thousands of military officers were expected to be dismissed from duty following the scheduled annual meeting of the Supreme Military Council (YAŞ) in early August.

On July 15, Turkey witnessed a horrific night, with assaults on democracy and the national will, when Gülenist soldiers and military officers staged an attempted coup. Fighter jets flying over Ankara and Istanbul all night, opened fire on civilians and bombed Parliament, deepening the shame for the Gülenists.

Despite the attempt by Gülenist military officers to drag the country into chaos, the will of the Turkish people, their resolution to defend democracy as well as the democratically-elected president and government, helped to repel the coup attempt. Pleas from President Erdoğan and Prime Minister Yıldırım for citizens to take to the streets and stand up for democracy led to a country-wide resistance against the coup attempt.

Gülen was quick to deny responsibility, but confessions of military officers involved in the putschist junta and several other remarkable incidents indicate that Gülenists were directly responsible for the attempted coup, which killed 246 police officers, soldiers and civilians.

Confessions of many putschists reveal that they acted on behalf of FETÖ.

Brigadier General Fatih Celaleddin Sağır, commander of an infantry brigade in the central city of Sivas, was on a list of people who the coup plotters planned to assign as martial law commanders had the coup been successful. Sağır confessed his connection to FETÖ during interrogation by prosecutors. According to statements published by İhlas News Agency, Sağır said he often attended meetings of Gülen followers, especially during the 1980s and 1990s, and had served "the movement" for 10 years.

Lieutenant Colonel Levent Türkkan, the aide of the Chief of General Staff, Hulusi Akar, who was detained after the coup attempt, has also confessed membership in the Gülenist Terror Organization (FETÖ), which he said was behind the deadly attempted coup on July 15.

Mithat Aynacı was a police chief in Istanbul until 2013, when he was dismissed for his role in the two Gülenist-linked investigations against the government, under the guise of a police probe into allegations of graft, targeting politicians. He managed to return to duty after he won a lawsuit against his dismissal. When tanks were heading to Istanbul police headquarters, Aynacı donned was found in one of the tanks. A video recording shows Aynacı, wearing a military officer uniform, entering the tank, and another one shows him forcefully pulled from the tank.