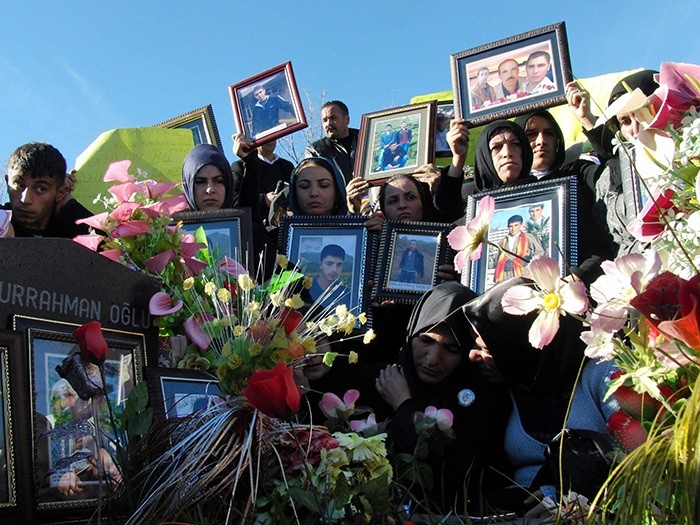 Amid new information unearthed after the failed July 15 coup attempt, analysts have speculated that the Uludere incident, also known as the Roboski massacre, in which 34 villagers were killed in military airstrikes could have been done by a Gülenist Terror Organization (FETÖ) faction within the Air Force.

On Tuesday, Energy and Natural Resources Minister Berat Albayrak said both the Uludere incident and the downing of a Russian jet in November 2015 will be reconsidered due to FETÖ's presence in the Air Force.

Speaking on Habertürk TV on Tuesday, Albayrak said: "What happened at Akıncı Air Base and Air Force Command will lead to new questions for us. Our prosecutors will also evaluate those incidents. I think both the Uludere incident and the shooting down of the Russian jet on Nov. 24 will be re-investigated. Our citizens have already asked what abnormalities exist in these events."

Speaking to Daily Sabah on Albayrak's remarks, columnist Ilhami Işık from the daily Star said information suggesting FETÖ involvement in many critical incidents will continue to emerge. "From now on nothing will be a surprise as the coup faction had significant roles in many turning points in Turkey's domestic politics," Işık claimed.

"The aim was to weaken Turkey, push it into a chaotic internal atmosphere and block its economic advancement. Turkey and Russia had a significant partnership. The crisis put relations in danger, which ultimately affected the war in Syria. We will see in future days that the crisis between Turkey and Russia was one of FETÖ's planned incidents," he added.

Işık claimed that the incident was used as a tool to damage the perception of the state in the eyes of Kurdish citizens. "The Uludere incident is also one of these events. It was an incident meant to put a damper on the state's relations with Kurdish citizens. It was an attempt to damage and end Kurds' trust in the state. In a way, Uludere was a bloody incident and a significant matter for the Kurdish issue, planned to create a perception that Turkey is going back to the 1990s," he added.

"Meanwhile, it is important to highlight that the coup was attempted when there were new steps being taken to create a new reconciliation [process] for the Kurdish issue. The atmosphere of unity in the southeastern provinces after the coup attempt showed that reconciliation will be easier when the new steps are taken," he said.

Columnist Hilal Kaplan for the Sabah and Daily Sabah dailies said in the days immediately after the incident she had visited the families of those who were killed, who claimed that the incident was a deliberate set up against Erdoğan.

"They said it was a setup as it was normal for the attack to take place. They said there were soldiers who saw that they were smugglers. The families said that all the exits used were abnormally closed that day," Kaplan cited the relatives of those killed in the airstrike.

"The families said they had also reached out to the district governor, but they were not listened to. They also said this was a deliberate set up against President Erdoğan," she added. "There are two incidents that were critical turning points in the near past. One was the Roboski incident, which affected the Kurdish issue internally, the second was the downing of the Russian jet, which tied Turkey's hands in its policy on Syria," Kaplan said.

Kurdish intellectual and analyst Vahdettin İnce also alleged FETÖ-linked pilots in the Air Force were responsible, claiming the attempt was to instigate chaos through Kurdish politics.

"The judicial process will reveal the facts in the coming days. However, with the fact that pilots from a FETÖ faction within the military were able to bomb Parliament due to the infiltration, it is also possible that the Roboski massacre was carried out by the same faction to instigate chaos in the southeastern region," İnce claimed.

"It needs to be acknowledged that whenever there is an attempt to create chaos and make a coup-ready environment in Turkey, the Kurdish issue is instigated. The coup has two legs, one being the internal actors, and the other external actors who support the internal factions to carry out the coups. The aim was to escalate conflict around the Kurdish issue internally and through bombings of Daesh and PKK to portray the image of the state as weak."

İnce also speculated that the recent conflict with Russia was also a deliberate attempt to make the environment ready for coup attempt in Turkey.

HaberTürk daily columnist Özcan Tikrit drew attention to the significant infiltration of FETÖ members in the Air Force and the airstrikes on the PKK. "First thing that comes to mind is the FETÖ infiltration in the Air Force. This makes the claims that FETÖ is Gladio's Turkish branch much stronger. Such factors make it more probable that the Roboski airstrikes were deliberately conducted. It is not out of the realms of possibility that the Uludere incident was an attempt to stir up the Kurdish issue and create internal chaos in Turkey," he said.

"The fact that there has been infiltration in the judiciary could have also helped conceal those responsible. Meanwhile, if the wrong intelligence was provided by the unmanned aerial vehicles (UAVs), then are there international actors who have a stake in this incident, too? The FETÖ's aim was to worsen the Kurdish issue in Turkey's internal affairs, which also served the interest of international actors," Tikrit claimed.

Speaking to Daily Sabah, former AK Party deputy of Batman province, Mehmet Emin Ekmen, said: "Energy Minister Albayrak's remarks on reopening the Uludere investigation are crucially important. The FETÖ has been present in the main branches of Turkey's war on terror. The Uludere incident is not an isolated incident."

In an article published in the Star daily, Ekmen said: "The FETÖ's interference in the Kurdish matter, which created political results, were done with the hands of security, intelligence and the judiciary. The FETÖ's first coup attempt was when they targeted the chief of Turkey's National Intelligence Organization (MİT), Hakan Fidan, with an investigation on Feb, 7, [2012]. When it was unsuccessful, the organization's main target became poisoning the reconciliation process."

Claiming FETÖ had a role in negatively affecting the reconciliation process, Ekmen added in the article, "The PKK's attempt to establish areas of influence in the economic, political, social, and security [spheres] was in fact supported through weakness shown in intelligence and operations."

"Through this, Kurds away from the PKK and Turks in the west were also negatively conditioned to take a stance against the reconciliation process."

Ekmen added that during the Oct. 6 to Oct. 8 events in the Southeast, FETÖ-linked security forces had significant roles. "The aim was clear. Chaos would escalate and legitimate politics would be damaged," he said.

Insisting FETÖ had a role in the anti-terror operations in southeastern provinces, he added: "The biggest proof of establishing a base for a coup through terror is the fact that all the command elements of the 2nd Army responsible for the process have been arrested."

Among those who were arrested for suspected links to FETÖ coup attempt, Abdullah Baysar, the 23rd Gendarmerie Border Division commander in Şırnak, is suspected of being affiliated with the perpetrators of the incident. Baysar, who was promoted to his current rank in the Army in 2014, was a brigade commander in the town of Şenoba in Uludere. It was reported previously that he had quarrels with local victims of the Uludere incident.