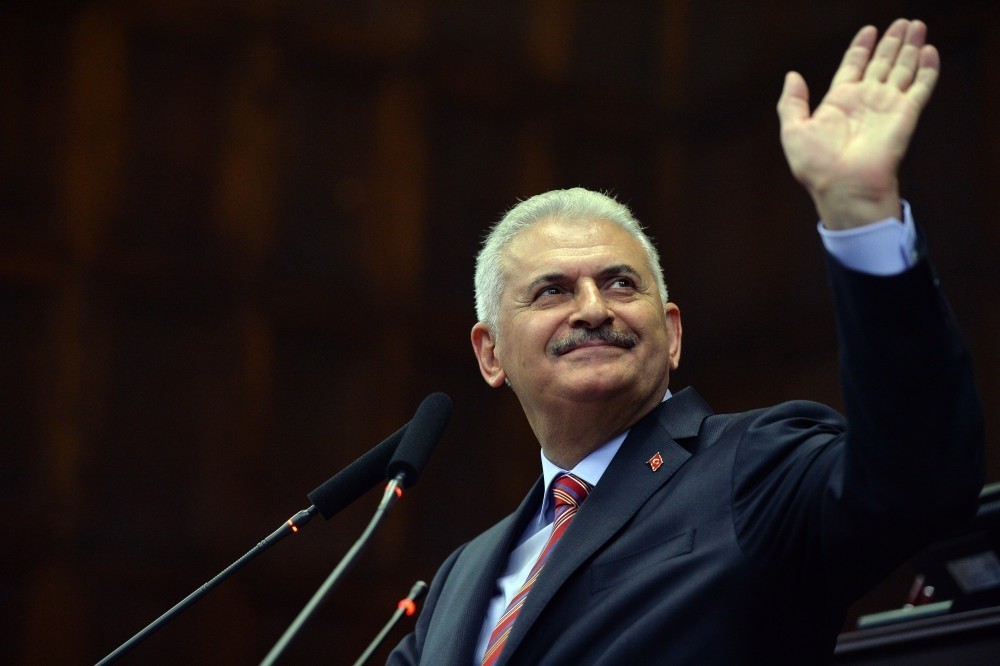 PM Yıldırım said that President Erdoğan and the ruling AK Party were left alone in the fight against the FETÖ that started after the Dec. 17 and Dec. 25 coup attempt and could not receive the necessary support from political parties and media until the recent, failed coup attempt

After a former commander of the Turkish Armed Forces (TSK), İlker Başbuğ, said in a televised interview on Monday that President Recep Tayyip Erdoğan fought against Gülenists on his own between 2012 and 2016, Prime Minister Binali Yıldırım said on Tuesday that the Justice and Development Party (AK Party), and especially Erdoğan, was left alone in the fight against the Gülenist Terror Organization (FETÖ).

Evaluating the lead up to the failed July 15 coup attempt at the AK Party parliamentary group meeting, Yıldırım said: "We could not receive the support we expected from political parties or the media." He said the AK Party started a war with FETÖ, specifically after the Dec. 17 and Dec. 25 coup attempt.

Yıldırım spoke about the recent legislation decrees during the current state of emergency. He said that the greatest reforms were done within the structure of the TSK, and asserted these reforms should not be perceived as steps to weaken the military, but to strengthen its structure. "We are once again turning the TSK into a military that will be envied by the whole world," Yıldırım said, adding that it is necessary for the TSK to focus on its fundamental duties.

Yıldırım said that the control of the gendarmerie and the Coast Guard Command will be transferred to the Interior Ministry and the structure and the gathering methods of the Supreme Military Council (YAŞ) have been changed. He said that the Supreme Military Administrative Court and the Military Supreme Court are now repealed, and that from now on, service commands will be controlled by the National Defense Ministry.

He said the military barracks in Ankara and Istanbul will be moved from inside the cities to rural areas. "We will transfer all our accumulation to the border region to defend our country against external threats," Yıldırım said, also adding that Güvercinlik Air Base in Ankara will be shut down along with Akıncı Air Base.

Yıldırım also clarified speculations over the closure of all military schools, saying that the schools are now being brought together under the National Defense University. He said that military high schools are shut down but military colleges will keep on training students as a foundation to accept students from all kinds of high schools.

Explaining that the current state of emergency is aimed at the government and not citizens, he said: "We announced the state of emergency ourselves to call putschists and their supporters to account," and then claimed the PKK is now trying to fill FETÖ's role by continuing attacks. Mentioning the recent PKK attack that killed seven police on Sunday night, he said: "We will do what is necessary concerning the PKK just like we did with FETÖ." He then called the PKK the "brother organization" of FETÖ.

Yıldırım then touched on the rally with President Recep Tayyip Erdoğan in Yenikapı, Istanbul on Sunday, Aug. 7. He repeated the government's invitation to the chairmen of the opposition Republican People's Party (CHP) and National Development Party (MHP), stressing that the rally will be the greatest ever in the entire history of Turkey.
Last Update: Aug 03, 2016 12:03 pm
RELATED TOPICS