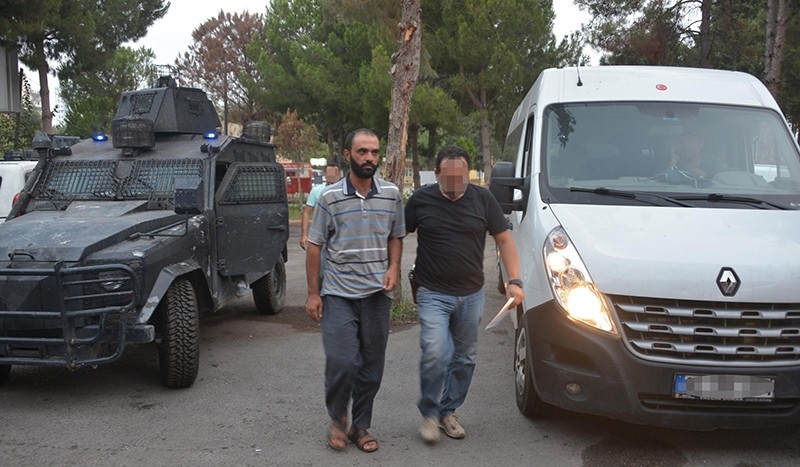 Reports said that anti-terror police, supported by a helicopter, staged simultaneous raids on 22 addresses after a tip-off that DAESH cells were planning attacks. The suspects included senior local figures in the group and were taken to Adana police headquarters for questioning.

President Recep Tayyip Erdoğan has said DAESH terrorists originating in the former Soviet Union were behind the attack on Istanbul's Atatürk International Airport on June 28, which killed more than 45 people. Dozens of suspected DAESH supporters have been detained over the attack.

DAESH controls an area of Syria along the Turkish border, east of Adana.

The city of Adana is near İncirlik Air Base, where U.S. personnel are stationed and air missions in the fight against DAESH are launched.

Since 2011, Turkey has deported more than 3,290 foreign terrorist fighters from 95 countries and refused more than 38,269 individuals' entry to Turkey in its fight against DAESH, which counts the Muslim-majority country as an enemy. DAESH is responsible for a string of terror attacks in Ankara and Istanbul, as well as cross-border fire from Syria that has killed a number of residents of Turkish border towns over the last year.