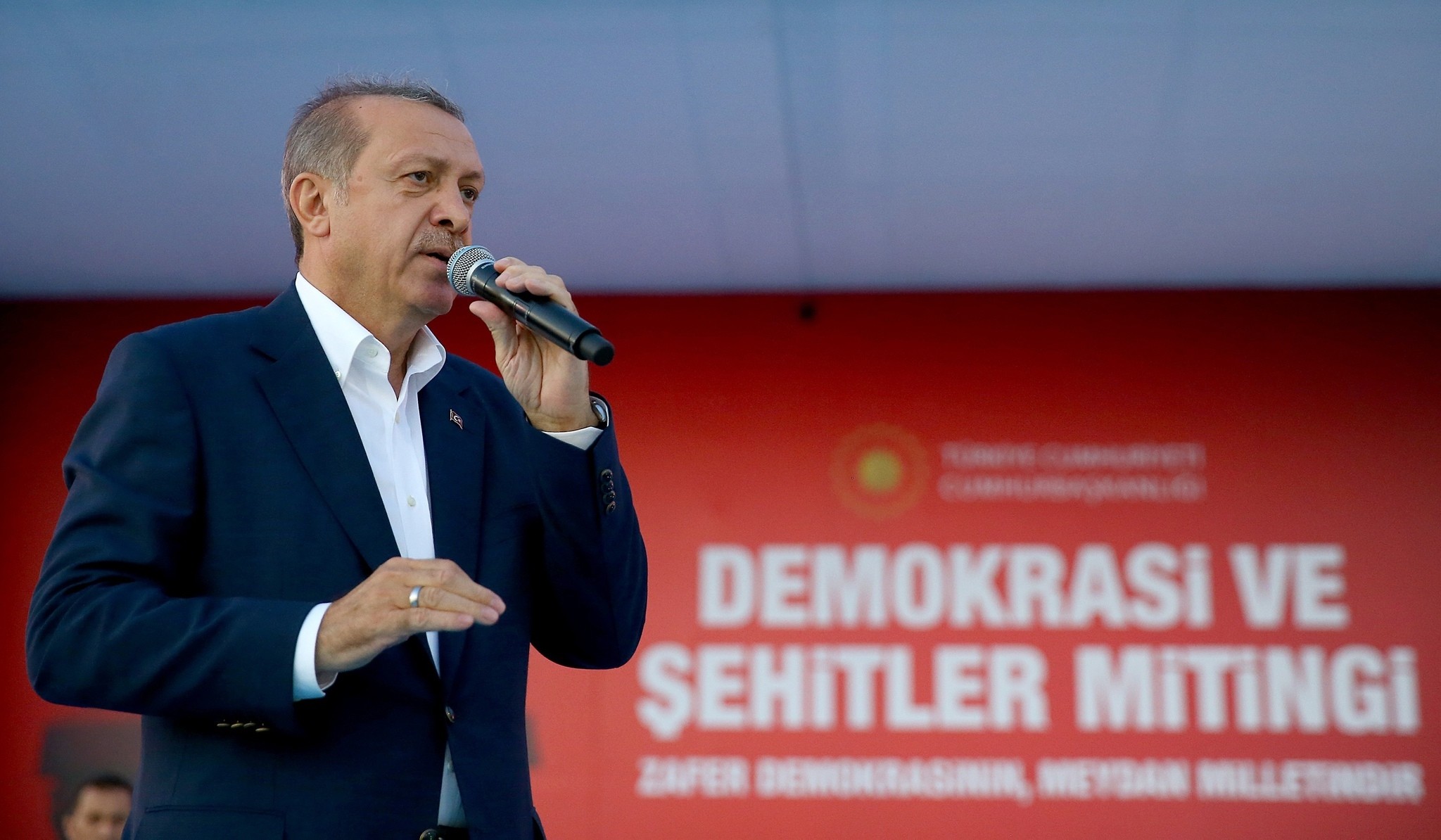 The huge rally to mark the defeat of the July 15 attempted coup was another blow to Turkey's enemies, President Recep Tayyip Erdoğan said Sunday speaking at the Democracy and Martyrs' Rally in Istanbul's Yenikapı district.

He said: "This crowd, this unity today distresses the enemies of our country as much as the morning of July 16 [when we quelled the coup]."

"That night, our enemies who were rubbing their hands in anticipation of Turkey's downfall woke up the next morning to the grief that things would be more difficult from now on," Erdoğan said, drawing parallels to times past when Turkey was occupied by foreign forces.

"On that night there were people who risked their lives to stop the coup and they filled the streets. History will remember the names of our martyrs… will write their names down in golden letters."

Erdoğan said Turkey would now on take a "path of solidarity" in the future.

The president was the final speaker to address a crowd that police said numbered nearly 5 million people.

It was the first time the leaders of the Justice and Development (AK) Party, the Republican People's Party (CHP) and the Nationalist Movement Party (MHP) had shared a platform.

The Yenikapı event is the highlight of weeks of "democracy watch" rallies held in cities across the country since the defeated coup, which led to 240 deaths.

On the matter Erdoğan said that these watches would come to an end of Wednesday.

Erdoğan also criticized Germany for not allowing him a video link to a rally of his supporters there.

Erdoğan said that Germany had allowed PKK militants to broadcast via video conference.

"Where is the democracy?," Erdoğan said. "Let them nourish the terrorists, it will come back to hit them."

He also said that they will have to re-investigate the judicial cases which led to Gülenist infiltration into the army as well as exam results which helped Gülenists thrive in state institutions.

Turkey's government has said the coup was organized by the followers of Fetullah Gülen, who has lived in self-imposed exile in the U.S. since 1999.