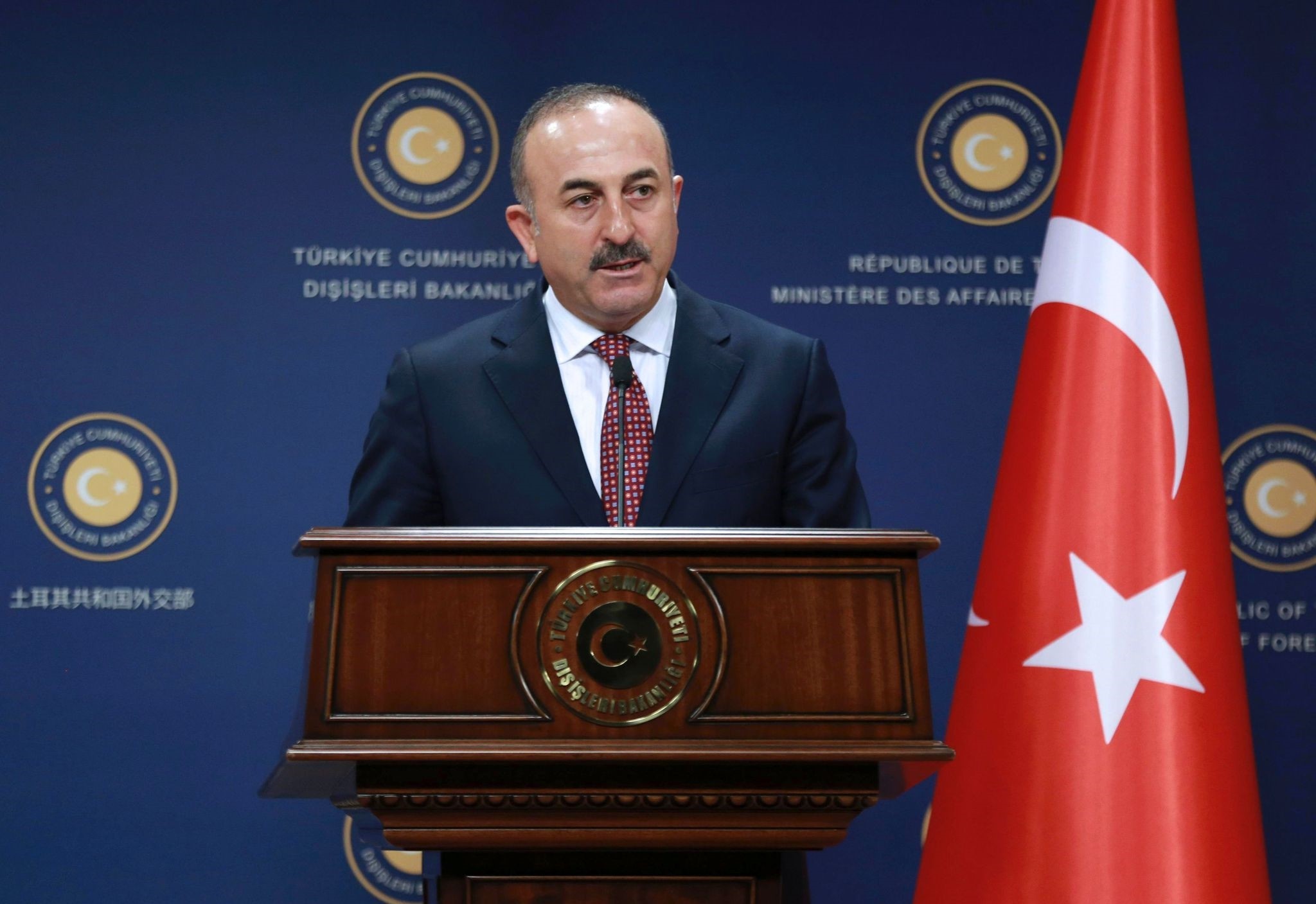 Turkish Foreign Minister Mevlut Cavusoglu addresses a joint press conference with his Iranian counterpart following their meeting at the Foreign Ministry in Ankara on August 12, 2016. (AFP Photo)
by Anadolu Agency Aug 12, 2016 12:00 am

Dozens of diplomats have failed to answer recalls to Turkey in the wake of the July 15 defeated coup, Foreign Minister Mevlüt Çavuşoğlu said Friday.

Since the coup bid, the government has arrested or suspended tens of thousands of public employees suspected of links to theGülenist terror cult (FETÖ), which is accused of trying to overthrow the government.

Çavuşoğlu revealed at a news conference in Ankara that 208 Foreign Ministry staff had been recalled from posts around the world and 32 had failed to return "without permission".

Speaking alongside his Iranian counterpart Javad Zarif, Çavuşoğlu said two personnel based in Bangladesh had fled to the U.S. The remaining 30 had gone to a number of different countries, he added.

The figure does not include two military attaches who left Athens for Italy last week.

As part of the investigation into FETÖ, two ambassador-level diplomats -- Gürcan Balık and Tuncay Babalı -- have been suspended.

Çavuşoğlu said a delegation from the U.S. Justice Department would visit Turkey on Aug. 23-24 to discuss the extradition of Fetullah Gülen, the Pennsylvania-based cleric accused of leading FETÖ and the coup plotters.

In a separate briefing, Justice Minister Bekir Bozdağ said "four specialists" would make up the delegation.

"Of those, three are from [the U.S.] Department of Justice and one is from the State Department… Extradition of Fetullah Gülen is not just an issue for Turkey or the U.S., but an issue the world is closely watching out for," Bozdağ said.

Çavuşoğlu during the news conference, added that Vice President Joe Biden and Secretary of State John Kerry were also due to arrive in Turkey but the dates were yet to be confirmed.