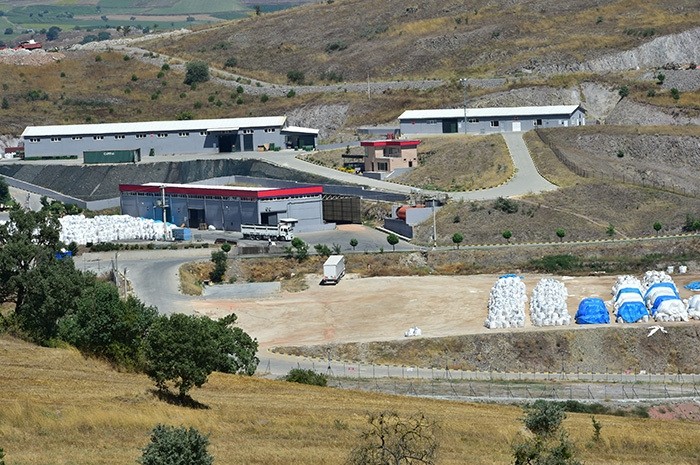 According to a report in the Sabah daily, the Yavaşçalar Corporation, with support from fugitive FETÖ businessman Akın İpek, exported explosives and related materials to Lebanon and Syria after importing them from India. Security forces found those materials during operations against the PKK conducted at several districts in southeastern provinces.

The intelligence reports say the Foreign Ministry previously prevented the FETÖ-linked company's large-scale exports to Syria, Lebanon and Libya due to national security concerns. However, the company continued to sell explosives to terrorist organizations in those countries through illegal channels.

They also say Lebanon was shown as the destination for some sales of the explosives, but the exported items were delivered to Syria to terrorist organizations such as Daesh and the PKK's Syrian affiliate Democratic Union Party's (PYD) People's Protection Units (YPG).

The company, a hunting rifle distributor, was previously supported by FETÖ and was running business in the western Balıkesir province with $100 million of facilities. After FETÖ's coup attempt on July 15, a trustee was appointed and owner of the company, İsmail Yavaşça, was jailed.

The company's license was also canceled due to forged signatures during its establishment procedures, but Gülenist police officers prevented the company's closure at police headquarters in Balıkesir.

Both FETÖ leader, Fethullah Gülen, a U.S.-based, retired imam, and his terrorists are already standing trial in separate cases. Turkey is in the process of formally asking for Gülen's extradition from the United States, although the government has also filed lawsuits in the United States against Gülen and his followers and intensified efforts after the coup attempt.

Gülenists are also accused of illegally wiretapping thousands of phones, from that of the prime minister to journalists and other prominent figures. They are also accused of imprisoning their critics or anyone seen as an obstacle to the movement's attempts to gain further clout, and have used sham trials to silence opponents through exploiting operatives in the police, judiciary and upper echelons of the bureaucracy.