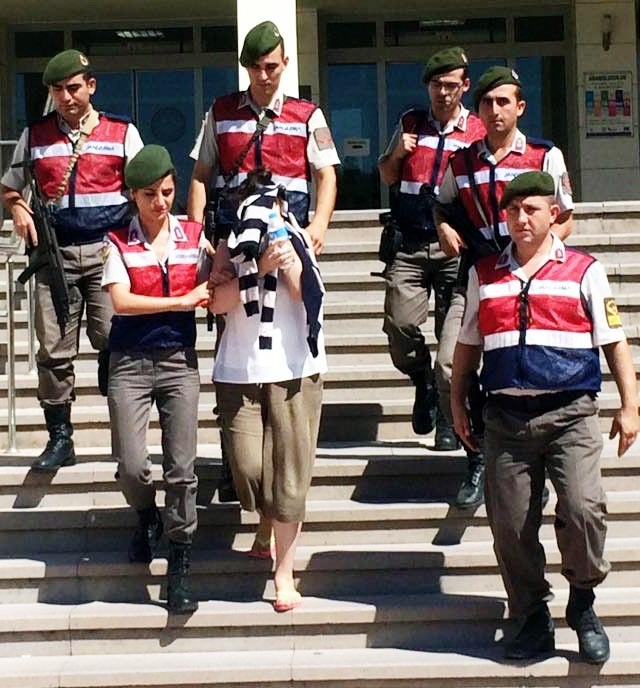 10 senior level members of the terrorist far-left Revolutionary People's Liberation Party Front (DHKP-C), which is classified as a terrorist organization by Turkey, the U.S. and the EU, were detained in a raid by special operation forces in Istanbul's Sancaktepe district Wednesday.

In the operation, the senior figures in charge of certain regions and provinces were captured during a secret meeting.

Senior terrorists responsible for the Mediterranean region as well as those reponsible for provinces such as Adana, Bursa, Tunceli, Antalya, Elazığ-Malatya, Gaziantep, Mersin, Diyarbakır and Eskişehir were detained in the raid.

The operation is seen as one of the biggest blows to the organization by the anti-terror branch of the Istanbul Police Department.

The DHKP-C, although less influential in Turkey than other terrorist organizations such as the PKK, still represents a considerable threat to the country with a string of attacks in past years. The group was behind the suicide bombing that targeted the United States Embassy in Ankara in 2013, and the killing of a prosecutor in a courthouse complex in Istanbul in March 2015.

The DHKP-C was founded in 1978. Purportedly supporting Marxist-Leninist ideology, it was most active during the Cold War era. The group has revived its attacks in recent years. It is listed as a terrorist organization by Turkey, the U.S. and EU.