Justice minister: US should arrest Gülen as preventive measure 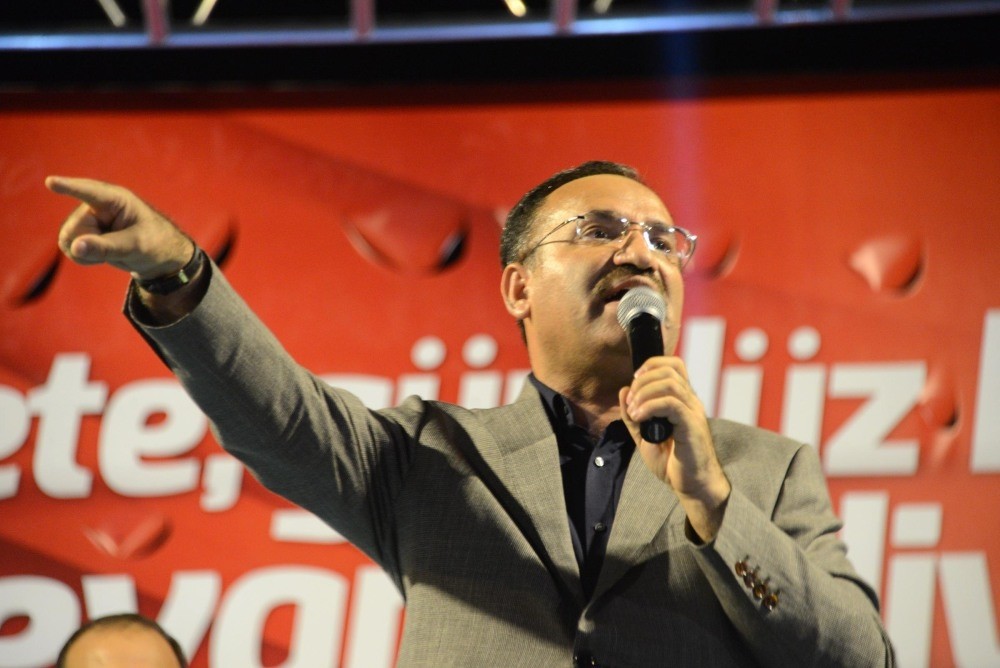 Justice Minister Bozdağ urged Washington to detain FETÖ leader Gülen lest he flee the country, adding that the U.S. should eventually extradite Gülen, or else it will lose the faith of the Turkish public

Speaking in an interview on A Haber, Bozdağ once more drew attention to the extradition treaty between the two countries, and repeated Ankara's request to extradite Gülen since Ankara accuses him of being the mastermind behind the failed July 15 coup attempt. "We have a criminal-return agreement with the U.S. The 9th and 10th articles of the agreement are very clear – when a state sends an emergency detention request to other about a criminal, the other state should arrest the criminal as a preventative measure without seeking for any evidence," Bozdağ said, referring the ongoing process to extradite Gülen.

"Then, they wait for the criminal's file, which should be within 60 days by the demanding country. After that period, if the demanding country does not send a file with the necessary evidence to justify the arrest, the country can set criminal free. Now, we made our request to urgently detain Fethullah Gülen. U.S. authorities asked us about why we made such a request, even though they have no right to ask this according to the extradition treaty between the two countries. Still, we gave the necessary explanations to them. Now we expect the U.S. to implement their obligation, which is to arrest Gülen as a preventative measure in accordance with agreement between two countries," Bozdağ said.

He also said that four experts from the U.S. Justice Department will visit Turkey on Aug. 22 concerning the request to extradite Gülen.

Previously, Bozdağ said that if the U.S. does not extradite Gülen to Turkey it would mean the U.S. has given up on its relations with Turkey for Gülen.

In addition to Bozdağ's statements, Foreign Minister Mevlüt Çavuşoğlu said last week that Turkey is seeing signs of cooperation from the U.S. over Gülen's extradition. Çavuşoğlu said in a live interview that Ankara will renew the extradition request. On Wednesday at the closure of the democracy watch rallies, President Recep Tayyip Erdoğan said: "Sooner or later the U.S will make a choice: Either the coup-plotting terrorist FETÖ or the democratic country of Turkey."

The fugitive, retired imam has led a long-running campaign to overthrow the state through infiltration of government institutions, particularly the military, police and judiciary, forming what the government calls the "parallel structure." Ankara said the foiled coup, which left 240 people dead and nearly 2,200 injured, was organized by followers of Gülen.

'US has mechanisms to prevent Gülen's escape'

The State Department said on Tuesday that the U.S. has mechanisms to prevent the possible escape of the leader of the Gülenist Terror Group (FETÖ), the retired imam Fethullah Gülen, who is seen as a potential flight risk due to an investigation regarding Ankara's demand for his extradition to Turkey.

Speaking during the Department's daily briefing, spokesman Mark Toner said that regarding a border crossing by a Green Card holder such as Gülen who is under investigation that there are "There are mechanisms in place – short of an extradition, you can stop someone or not allow them to take place."

He added that the U.S. will not take any legal action on Gülen's extradition request by Turkey not based on evidence and until he is found guilty. Ankara requested Gülen's extradition almost a month ago, accusing him of orchestrating a recent coup attempt in Turkey.

Toner said "I think we need to be very deliberate – and we are being very deliberate – about analyzing the materials that we've had." He added "My understanding is that we wouldn't take any action, legal action against an individual until we determine" [the legal status of material provided by Turkey].

He said the U.S. has processed the request apart from any politically- or emotionally-driven reaction, but based on a 1979 extradition treaty between Turkey and the U.S.

Toner was asked to clarify whether the U.S has seen sufficient evidence against Gülen, as the U.S. has not arrested the cleric since the extradition process began. The treaty between the two countries requires the host country to detain a suspect for 60 days following an extradition demand.