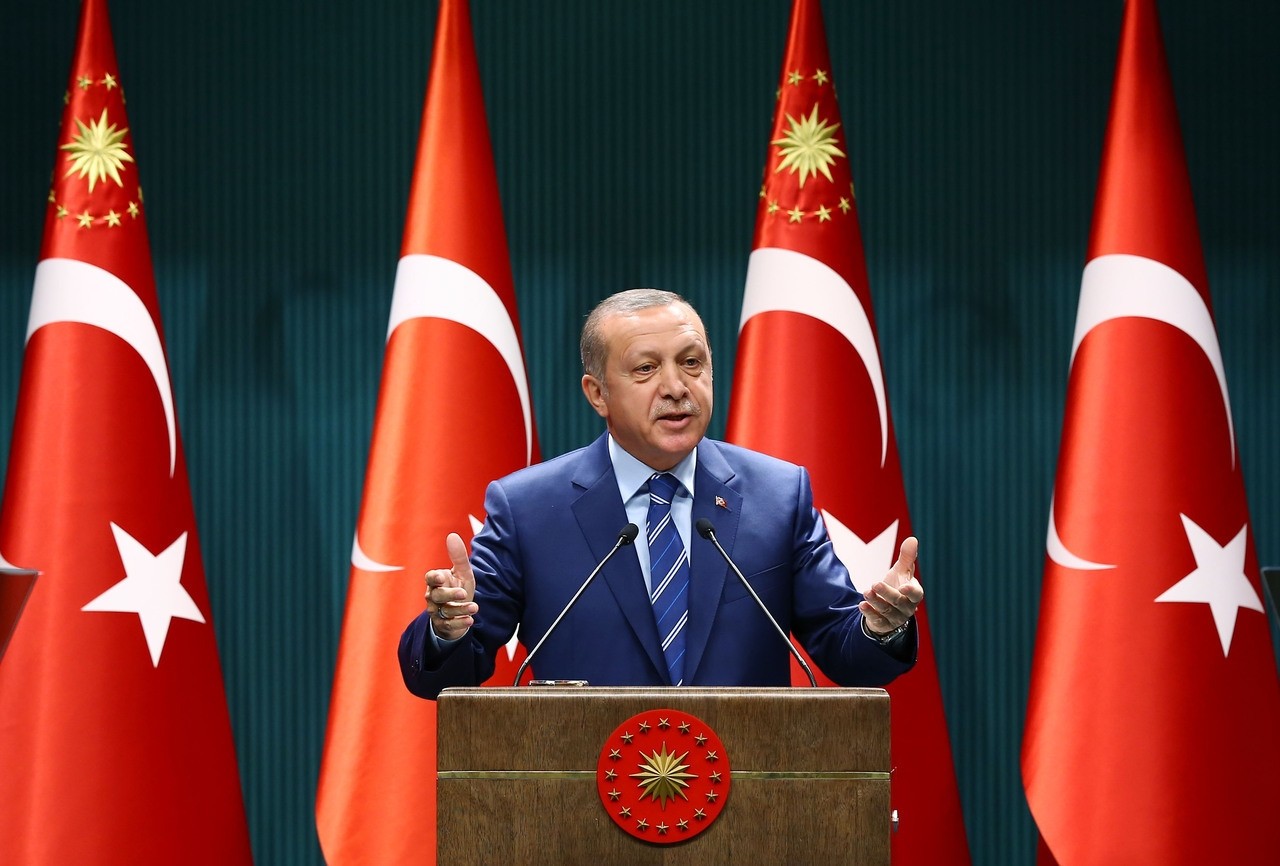 President Recep Tayyip Erdoğan said Thursday that terrorist organizations such as DAESH, Boko Haram and al-Qaeda were formed to harm Islam and ignite Islamophobia across the world.

Despite the terrorist groups' different names, they share the same motives, he said.

Speaking at the Presidential Complex to address Islamic NGOs in the world, Erdoğan said that those who want to associate Islam with terrorism aim to make Islam look like a religion that supports terrorism.

Erdoğan asserted that DAESH shadows Islam and cannot be linked to Islam in any way. He said that such efforts to associate Islam with terrorism can only be called Islamophobia. He added that 'Muslims were being killed by Muslims'.

He also slammed allegations that Turkey has aided Daesh, saying: "Daesh is not a representative of Islam. Daesh is a terrorist organization that casts a shadow, a dark pall over Islam. We could never take sides with Daesh".

The president added those who make such allegations are in fact helping Daesh.

His speech came just hours after a trio of deadly PKK attacks in Turkey's east and southeast.

On the matter, he said that the Gülenist terror-cult (FETÖ) was "behind" these attacks in terms of "intelligence-sharing and "encouragement."

In the wake of the defeated July 15 coup, the PKK stepped up its attacks in eastern Turkey.

"The latest attack [in the Elazığ province] explicitly reveals that the aim was purely and simply to shed blood, to cause mourning, and to disturb the social peace," Erdoğan said.

He called the latest attacks "retaliation" for weeks of "democracy watch" rallies that attracted hundreds of thousands of people wanting to show their opposition to the foiled July 15 coup.

"Since July 15, 182 terrorists were neutralized in operations both at home and abroad," Erdoğan said. He also said Turkey will "never" give up its fight against the PKK, even while it continues working against FETÖ.

Erdogan said FETÖ must be "nipped in the bud," adding: "The sooner measures are taken against FETÖ, the more [its activities] can be curtailed."

The president also called on the U.S. to extradite Fetullah Gülen, the leader of FETO, saying: "Now we are demanding a terrorist from you... Let us judge Gülen."

Ankara accuses Gülen of masterminding the failed coup and has sent the U.S. two official requests for his extradition to face trial.

Turkey's government has said the defeated July 15 coup, which left 240 people martyred and nearly 2,200 injured, was organized by followers of Gülen, who has lived in self-imposed exile in the U.S. state of Pennsylvania since 1999, and his FETÖ network.

Gülen is accused of leading a long-running campaign to overthrow the state through the infiltration of Turkish institutions, particularly the military, police, and judiciary, forming what is commonly known as the parallel state.