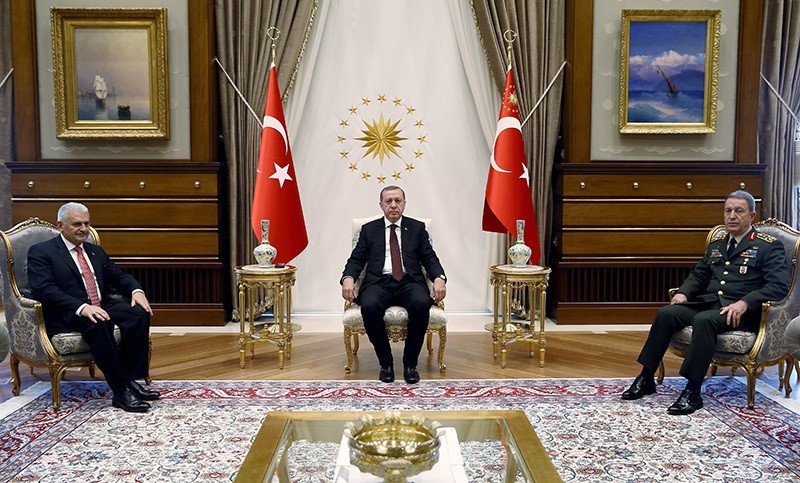 A high-level security meeting, which was chaired by President Recep Tayyip Erdoğan, held on Saturday at Tarabya presidential office in Istanbul.

The meeting, which began at 2:40 p.m., lasted nearly 3.5 hours and was attended by Prime Minister Binali Yıldırım and Chief of Staff General Hulusi Akar and several ministers from the Cabinet.

The main issue on the table was relations with Syria and the recent developments in northern part of the country, close to the Turkish border.

Meanwhile, anti-terror fight against PKK, and the recent PKK terror attacks in eastern Bitlis, Elazığ and Van provinces, as well as the Gülenist terror cult FETÖ-related developments, were also discussed at the meeting.