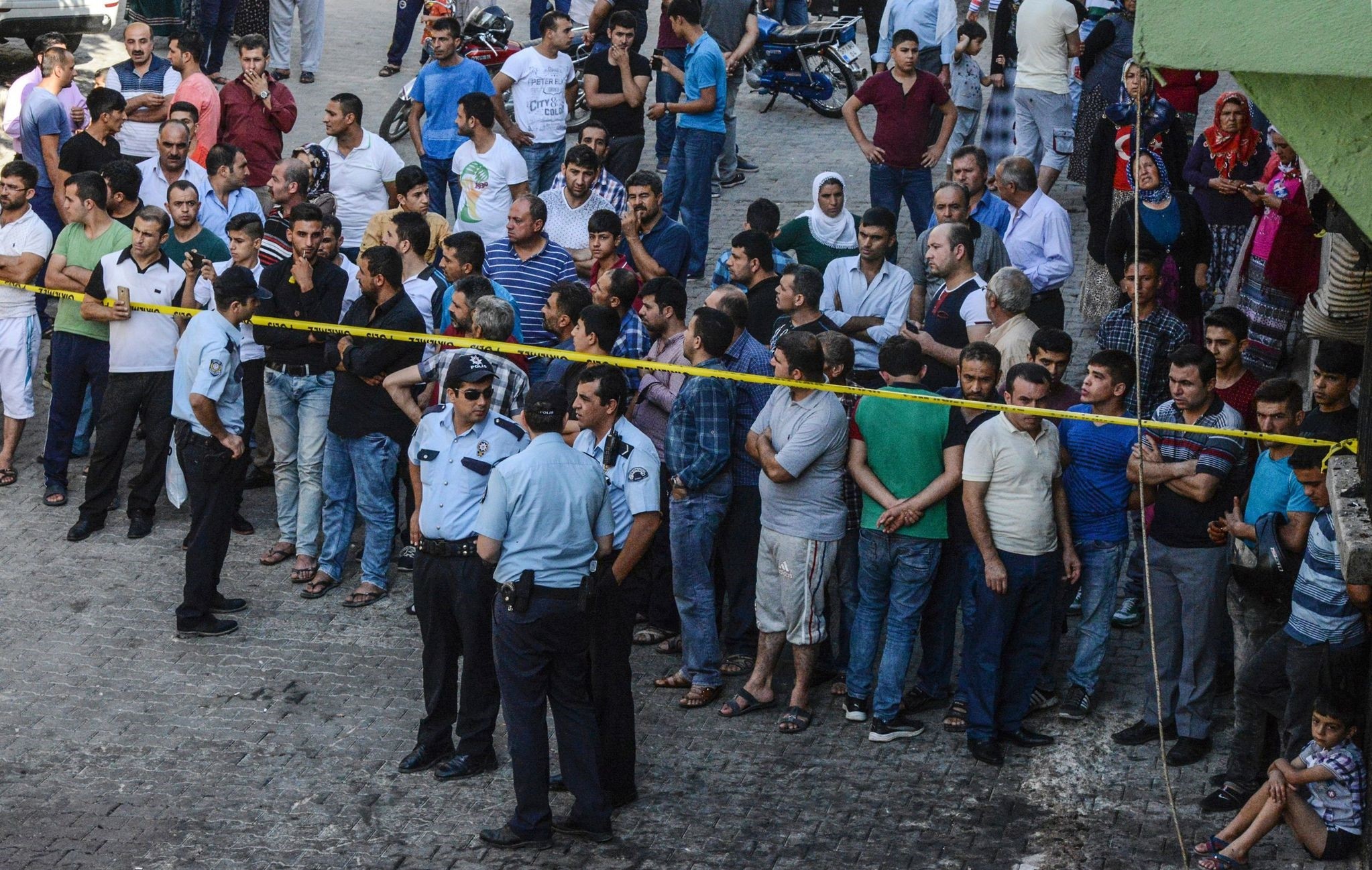 People watch the explosion scene behind a police cordon in Gaziantep in southeastern Turkey near the Syrian border on August 21, 2016. (AFP Photo)
by daily sabah Aug 21, 2016 12:00 am

The suicide bomber who carried out a deadly terror attack at a wedding in Turkey's southeastern Gaziantep province on Saturday night is aged 12 to 14 and self-detonated or was detonated by others, President Recep Tayyip Erdoğan said.

Speaking to reporters in Istanbul on Sunday, Erdoğan said that the brutal terror attack was carried out by a teenager, and initial findings indicated it was perpetrated by Daesh.

The president underscored that security forces have been conducting counter-terror operations against Daesh, and are intensifying their fight against terrorists in Gaziantep province.

He noted that 51 people have been killed in the attack, while there are 69 people who are receiving treatment for their injuries, including 17 in critical condition.

"We have already sent them 85 boxes containing evidence on Gülenist terror-cult (FETÖ)" Erdoğan said, and added that he's not satisfied with the U.S.'s statements that they have started to evaluate the files.

He underscored that Turkey has always responded positively to such extradition requests and expects the same responsibility from other states.

"This situation casts a shadow on our strategic partnership" he added.

Fetullah Gülen, who lives in self-imposed exile in the U.S. is accused of being the mastermind behind the deadly July 15 failed coup attempt carried out by his agents.

His group has infiltrated Turkey's state institutions, including the police, judiciary and others to take control of state mechanisms and establish a parallel state.