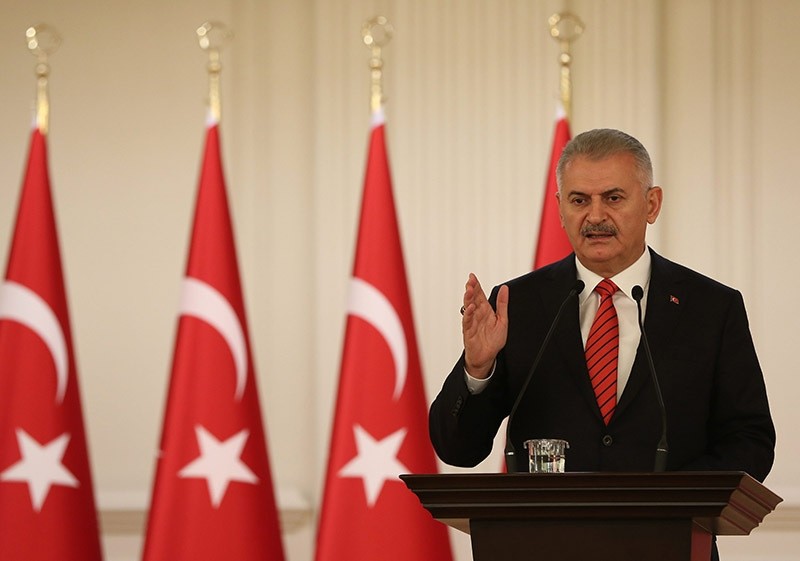 The operation led by Turkey to liberate Syria's Jarablus from Daesh terrorists will continue until elements of the PKK's Syrian affiliate YPG retreats to the east bank of Euphrates, Prime Minister Binali Yıldırım said on Wednesday.

Speaking at a live interview on Habertürk TV shortly after meeting U.S. Vice President Joe Biden, Yıldırım said that it is necessary to cleanse Jarablus of terrorist PKK-affiliated groups including the PYD and YPG.

He continued by saying that the timing of the operation has nothing to do with KRG President Masoud Barzani or U.S. Vice President Joe Biden's visit to Turkey.

Yıldırım also said that it is necessary to protect Syria's territorial integrity and that it would be a disaster if all ethnic groups wanted to establish their own state.

"The situation would be worse than today if every single ethnic group established a state" he said, adding that Turkey is already paying the price of the conflict in Syria by hosting over three million Syrians and that it is necessary for these people to return to a normal life as soon as possible.

The Prime Minister also highlighted that even though Turkey does not see Assad as part of a permanent solution in Syria, it could still accept Assad as one of the sides.

He added that Turkey urges all sides including Iran and Russia to come together and find a solution to the ongoing conflict in Syria.

He also touched upon Turkey's relations with Egypt, saying that it is necessary to restore and normalize relations, as he noted the people of Egypt and Turkey are brothers.

"It cannot continue like this" he said, noting that Turkey needs to fix economic and cultural relations with Egypt and this would benefit everyone.