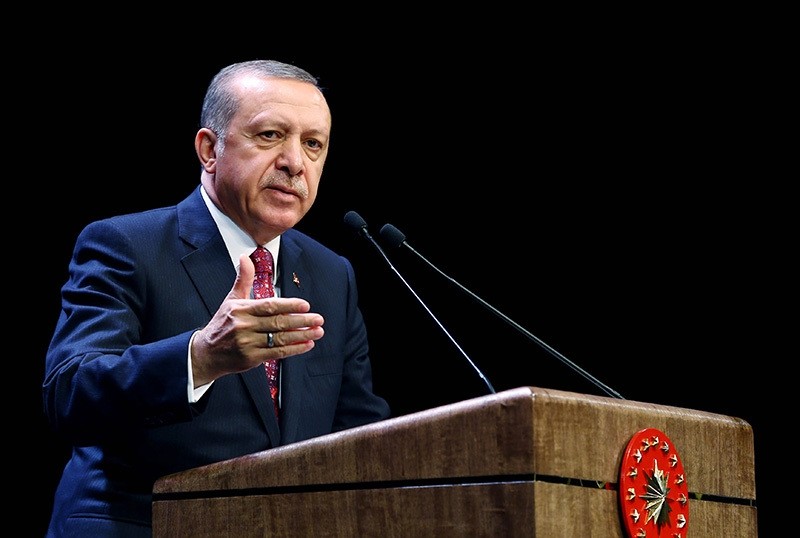 Speaking at an event in Beştepe Presidential Complex in Ankara, President Erdoğan said Turkey's patience in the face of continuous terrorist attacks has ended, leading to the cross-border intervention.

Stressing that Turkey's response is a natural response to attacks by terrorist groups including the PKK, DAESH and Gülenist Terrorist Group (FETÖ), Erdoğan declared, "You will not prevail, divide [us], make us kneel." He added that Turkey has been targeted with terror attacks because of the crisis in Syria.

Erdoğan asserted that Turkish domestic politics cannot be considered separately from developments in Syria, and added that Turkey will do whatever is necessary to protect its territorial integrity and national security. He underscored that Turkey will not let hostile powers play more games in Syria. "Attacks coming from Syria must come to an end."

He stressed that Syria's territorial integrity will be Turkey's top priority, adding that Syrian people will decide how the country will be managed. "They cannot put up with this."

Recalling the deadly suicide bombing in Gaziantep on Sunday that left 54 people dead and 94 people injured, Erdoğan said DAESH recruits children aged as young as 12 to launch attacks against Turkey. He slammed the international community for keeping silent over the attack and other offensives targeting Turkey.

The Prime Minister's office said in a statement on Wednesday that the Turkish army launched a cross-border operation named "Euphrates Shield," coordinated with the U.S.-led anti-DAESH coalition in Syria's northern border city of Jarablus, to clear the area from the DAESH terror organization.