Biden insists US had no foreknowledge of coup attempt 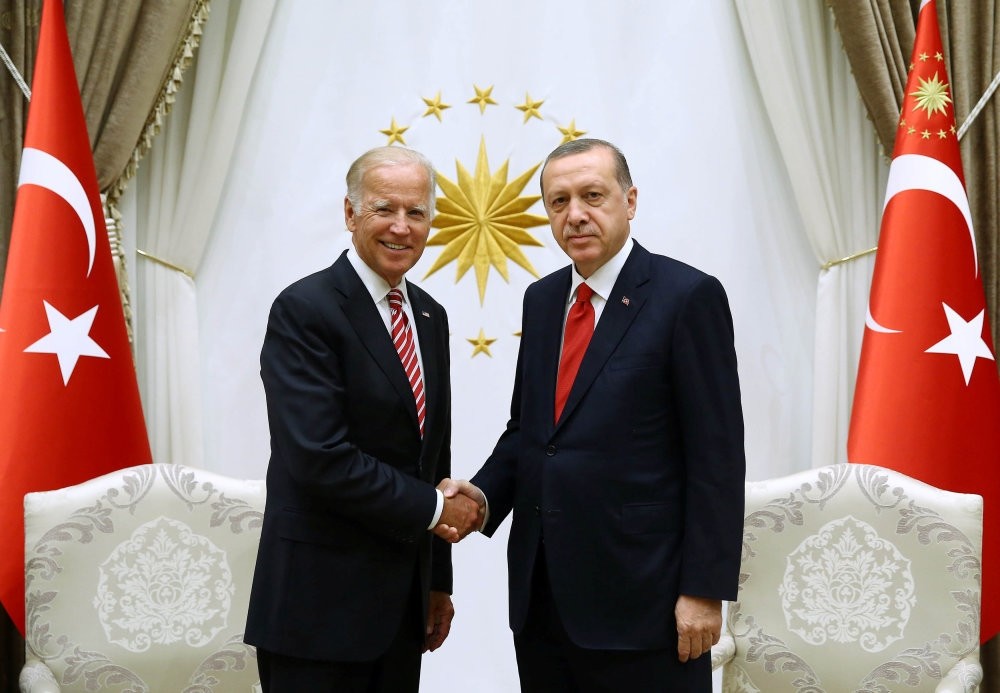 Visiting Ankara to 'show solidarity with the Turkish people,' U.S. Vice President Biden denied allegations that Washington had foreknowledge of the July 15 coup attempt, asserting that the Turkish people have no better friend than the U.S.

Following the deadly failed July 15 coup attempt by the Gülenist Terror Group (FETÖ), U.S. Vice President Joe Biden arrived in Ankara on Wednesday where he expressed strong support for Ankara and praised the Turkish people's bravery and determination to protect democracy. Speaking at the joint press conference held with Prime Minister Binali Yıldırım, Biden stressed the U.S.'s continued support and cooperation with Turkey regarding the extradition of FETÖ leader Fethullah Gülen. Underlining that the U.S. is cooperating regarding the extradition of Gülen, Biden said that legal experts from the U.S. are currently working with their Turkish counterparts to fulfill all the requirements needed for the FETÖ leader's extradition. In regards to the PKK-affiliated Democratic Union Party (PYD) presence in Syria, the U.S. vice president assured Turkey that the U.S. would withdraw support for the PYD if it does not move back across the Euphrates River.

Biden arrived in Ankara over a month after the coup attempt with a lengthy agenda, including regional matters and anti-terror cooperation. Prime Minister Yıldırım and Biden held a nearly four-hour meeting, before both leaders held a joint press conference at Çankaya Palace. The extradition of FETÖ leader Gülen, who was behind the bloody coup attempt on July 15, topped the agenda of both leaders. Biden said at the press conference, "We are cooperating with Turkish authorities. Our legal experts are working right now with their Turkish counterparts in the production and evaluation of the material and evidence that need to be supplied to the U.S. court, that is required by our law in the extradition treaty." He continued by stressing that the U.S. did not have prior knowledge of the coup attempt. "The U.S. has no, no, no, no interest whatsoever in protecting anyone who has done harm to an ally. None. But we need to meet the legal standard requirement under our law." Adding to Biden's remarks, Prime Minister Yıldırım said if the process of extraditing Gülen is expedited, the Turkish people's disappointment would be dispelled "very quickly."

Biden was having another meeting with President Recep Tayyip Erdoğan when Daily Sabah went to print.

Prior to the visit to Ankara by U.S. Vice President Joe Biden, a U.S. delegation including three officials from the U.S. Department of Justice and one U.S. State Department official arrived in Ankara to discuss Turkey's requests for the extradition of Fethullah Gülen, the leader of the FETÖ. Before the visit of the U.S. delegation, the Justice Ministry concluded preparations ordered by Justice Minister Bekir Bozdağ, and during their meetings, Turkish officials are expected to share important evidences with their U.S. counterparts regarding Gülen's links to the coup attempt. Turkey asked the U.S. numerous times before the coup to intervene and extradite Gülen.

Just a few days after the July 15 failed coup attempt, Turkey submitted an official request for the extradition of Gülen. There are currently five court cases open against Gülen with charges including attempting to stage a coup, leaking of classified information, forgery and organizing an armed terrorist group.
RELATED TOPICS