German Deputy Brok: We would have responded as Turkey did if German parliament was bombed 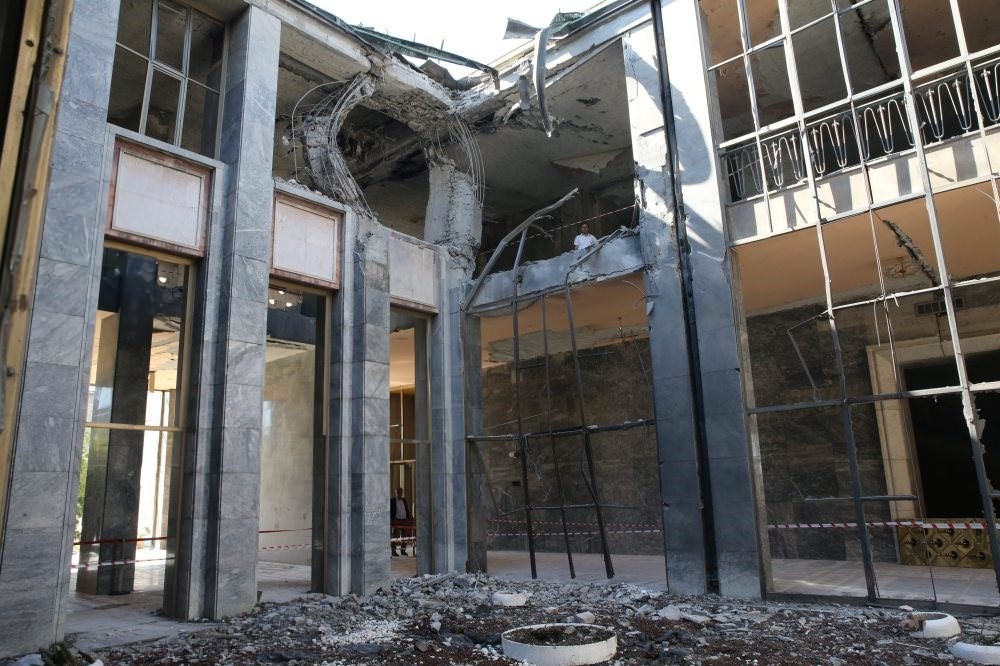 The EP's chairman of the Foreign Affairs Committee Elmar Brok said his country would have given the same response as Turkey in the event of the German Parliament being bombed by a faction within the army, while indicating that Germany welcomed Turkey's cross-border operation into Jarablus to purge DAESH

Brok paid a visit to Turkey along with EP Turkey rapporteur Kati Piri between Aug. 23-25, and during their visit they met with Turkish officials, representatives of political parties as well as NGO representatives. European Union officials stated that the aim of the visit was to express the EU institutions' solidarity with the Turkish people following the failed coup on 15 July, and to get first hand information on recent developments in Turkey.

Speaking to members of the press at the end of their visit on Thursday in Ankara, Brok stressed that even under the state of emergency Turkey's has to maintain Council of Europe (COE) standards and said the whole the process will be monitored by the COE. ''We have to check that at the end of the state of emergency and we would very much welcome that there is a certain agreement between the COE secretary-general Thorbjørn Jagland and the Turkish government that this process will be monitored by the COE,"he said.

"We hope and we're confident that it comes back to normal procedures that we have the unity of the state institutions again and that parallel organizations will not possible in the future,'' he added.

Commenting on the Turkey's cross border military operation to clear a Syrian border town of DAESH Elmar Brok underlined that they welcome Turkey's efforts in the fight against DAESH. "We welcome that Turkey takes measures against DAESH, that this is in our common interest," he said. Regarding Turkey's concern about PYD's expansion in the Syria Brok said, "Perhaps it's not good, it's the situation might be used by one or the other side to increase the region of influence outside the traditional zone of influence."

"I do not hope that this will change the whole game then and that might be an understanding that because we believe all saw that in a cooperation with the free Syrians and with the Kurds in Syria, with the aligns shared by the U.S. and such a common interest that is also not in the interest to change the game," Brok continued, answering a question about Turkey's intention to set up a safe zone inside the Syrian borders with an aim to deliver humanitarian aid more efficiently and to prevent a refugee influx.

According to the statement by an EU delegation in Ankara during their visit both him and Turkey rapporteur Piri gained a better understanding of the challenges posed by the Gülen Movement (which recognized as the cult-like terrorist group, FETÖ) and the independence of state institutions. ''Members fully supported that active participants of the coup attempt respond before the law for their crimes, emphasizing at the same time how important it is to respect due process and deal with all cases in respect of the rule of law, fundamental rights and Council of Europe standards," the statement said.
RELATED TOPICS