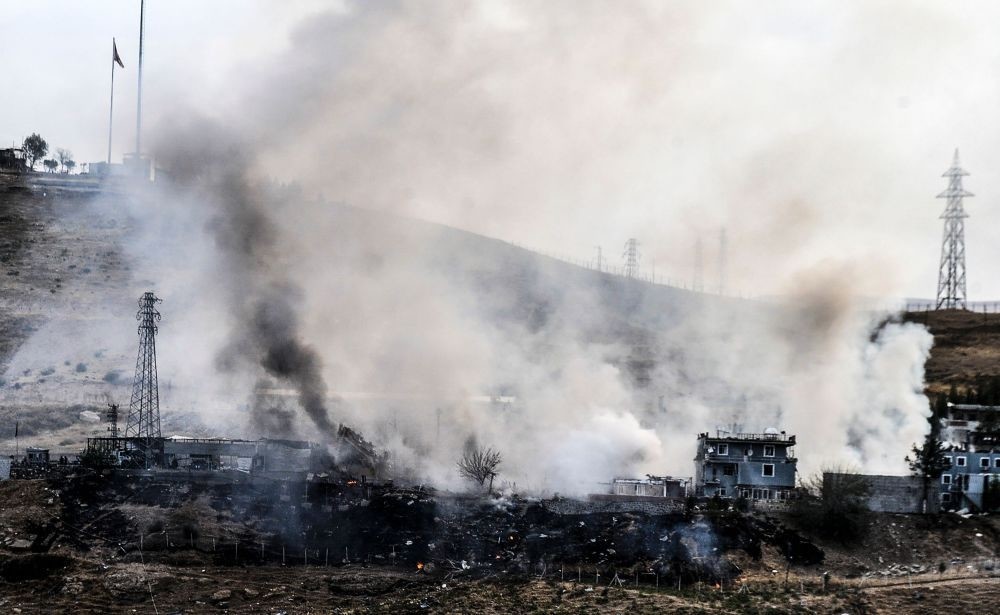 Increasing PKK attacks in the eastern and southeastern parts of Turkey are targeting the social unity in the country, experts argue. Experts also stress that PKK attacks have received little support from the Kurds because of the peaceful stance toward them by the government

At least 11 police officers were killed and at least 78 people were injured by a car bomb attack carried out by PKK terrorists in the Cizre district of the southeastern Şırnak province early Friday. The attack is the latest move by the PKK to spoil the peace and order in the country.An initial statement by the Şırnak Governorate put the death toll at eight, adding that four of the 45 wounded in the attack are in a critical condition. Health Minister Recep Akdağ said 78 people had been taken to hospital after the attack. Three police officers later succumbed to their wounds in hospital, bringing the total death toll to 11.

The terrorist attack took place at 6:40 a.m. The bomb was in an explosive-laden truck, reports said. 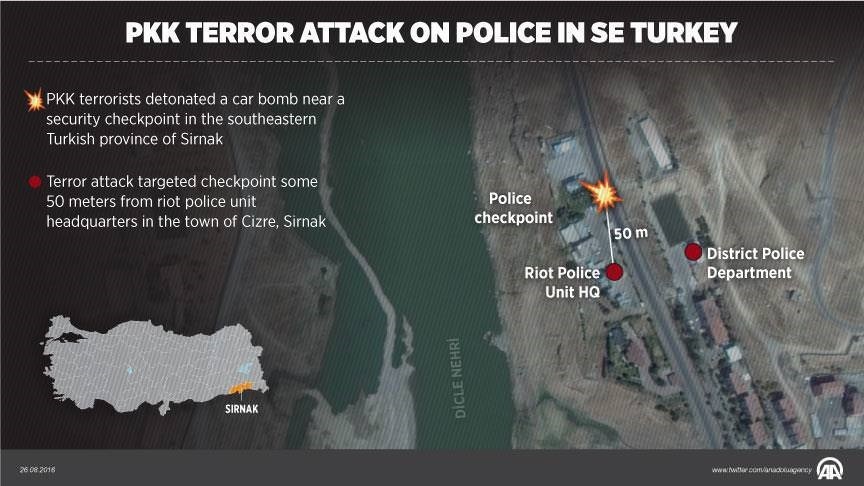 President Recep Tayyip Erdoğan and Prime Minister Binali Yıldırım strongly condemned the attack. The two leaders asserted that Turkey will never give up in face of PKK attacks.

İlhami Işık, a columnist for the Star daily and an author specializing in the Kurdish issue, told Daily Sabah that the recent PKK attacks are aimed at scaring Turkish citizens away. "It seems that the attacks will continue. They are trying to take Turkey hostage. The PKK attacks that have happened since 2013 and the coup attempt prove it," he added.

"They are trying to send a message to Turkey that they will not give up after the July 15 coup attempt," Vahdettin İnce, a Kurdish author writing on the Kurdish issue, told Daily Sabah. He contended that the scare tactics by the PKK will not succeed.

The Şırnak-Cizre road was closed to traffic following the terrorist attack, and many houses and shops were damaged as a result of the explosion.

İnce told Daily Sabah that the PKK's attacks have received no support from the Kurds in the region. "The fact that the attacks find no support among the Kurds lead the PKK acting even more insanely," he added. He argued that the peaceful environment in Turkey toward the Kurds is the reason why the PKK cannot receive help in the region.

People took to the streets last week to protest the terror attacks by the PKK, which has escalated its campaign of violence in eastern cities. Three attacks by the terrorist organization hit the country's eastern and southeastern provinces in the space of 24 hours. On Aug. 17, four people, including two police officers, were killed, and more than 70 were injured in a bombing in the province of Van. It was followed by another attack that killed six people, including five soldiers, in the province of Bitlis. On Aug. 18, a suicide car bombing targeting police headquarters in the city of Elazığ killed three police officers and injured hundreds of others.

The crowd, carrying Turkish flags, condemned the terrorist organization that resumed its attacks after a brief lull in the wake of the July 15 coup attempt. "May Allah curse them. We don't deserve this violence. This is inhumane," Halime Arıç, a member of the angry and grieving crowd that took to the streets in Elazığ, told Anadolu Agency. "They cannot divide us. We are here to show our support for the state, for the police," Gökmen Arslan, another demonstrator, said. The attack on Elazığ was the largest ever in the city, which is located in a predominantly Kurdish region. Though attacks in the city are rare, the PKK is active in the region where it claims to fight for Kurdish self-rule.

Ambulances and health officials rushed to the scene of the attack, and the injured were brought to Cizre Public Hospital to receive treatment.

Işık said the PKK hurts women, children and the elder in its attacks. "As the PKK fails with its attacks, it increases the violence," he added.

Security forces have launched an operation to catch the terrorists.

The government has intensified its counterterror operations following the recent attacks carried out by the PKK, which is recognized as a terrorist organization by the U.S. and the European Union.

İnce asserted that government must stop the PKK. "They do not want Turkey to disappear. They want Turkey to deal with its problems and not be interested in any other issues," he claimed

"Turkey has become a game-setter in the region, which is why it is targeted by different circles. They kill women and children in an attempt to stop Turkey," Işık said, adding that "the heinous" PKK even targets political party leaders.
RELATED TOPICS