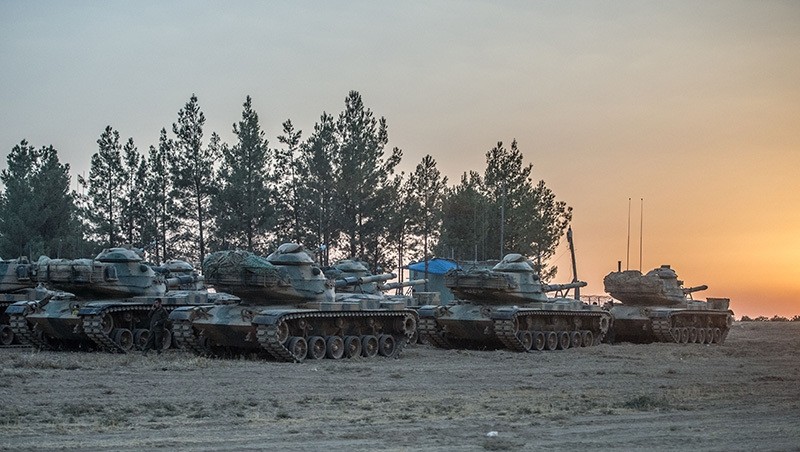 The Turkish military resumed its operations against the PKK terror organization and its Syrian affiliate PYD on Sunday, killing at least 32 terrorists in southeastern Turkey and northern Syria.

Military sources said that at least 25 PKK/PYD militants were killed in airstrikes conducted as part of the international coalition near northern Syria's Jarablus. The airstrikes came after Turkish units supporting Free Syrian Army (FSA) elements in Operation Euphrates Shield were targeted by the terrorist groups, which are armed by the U.S.

Five buildings being used by PYD militants were also destroyed in the airstrikes.

A statement by the Turkish Armed Forces (TSK) said that Operation Euphrates Shield, launched on August 24 to clear Daesh and other terror groups from Turkey's borders, resumes under Turkey's legal rights stemming from international law, specifically the UN Charter's Article 51, which concerns self-defense and other UN decisions applicable to their fight against Daesh.

The statement underlined that all precautions are being taken and that maximum care is being applied to prevent civilians living in the region from being hurt.

Meanwhile in the southeast of Turkey, security forces killed at least seven PKK terrorists and heavily injured two others in Şemdinli district's Cedikan-Samanlı region, which borders Iraq. According to military sources Turkish forces are under heavy fire from across the border.

One Turkish soldier was heavily wounded in the clashes.