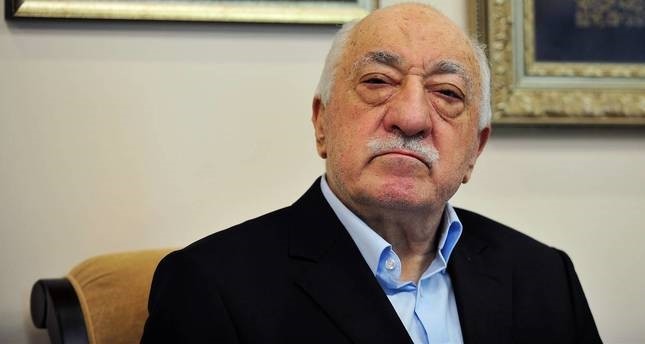 Fetullah Gu00fclen, leader of the Gu00fclenist terror cult
by Daily Sabah Sep 09, 2016 12:00 am
A PKK terrorist wounded during a clash with police in the eastern province of Van has confessed that the terror group's leadership informed PKK members of the July 15 Gülenist coup attempt in advance.Terrorist M.O., code name Şeroj, told counterterrorism police during an interrogation that the group's leader Cemil Bayık communicated a notice about the coup attempt through radio Walkie-Talkies."In the notice, we were told to end attacks and assassination attempts on soldiers and that the new moves and attacks would be toward the police forces and special task forces,"

Saying that the notices were distributed to the commanders and regional administrations, he added, "On July 16, they found out that the coup was unsuccessful. Then, they told us to resume attacks on the soldiers. Again through the radios, they told us to do the opposite of the previous notice that was distributed. This notice was also distributed from the highest level commanders."

M.O. was involved in two bombing attacks against security forces. He was part of the group that carried out an attack on April 2 against Van Police Department and Aug. 17 against Van Police House Counterterror units also seized various kinds of explosives and weapons during an operation led by information received from M.O.

On July 15, over 240 people were killed and more than 2,000 people were injured – during the failed coup attempt by FETÖ.

Gülen and his followers are accused of attempting to infiltrate Turkey's state institutions – especially the military, police apparatus and judiciary – with the ultimate aim of creating a parallel state. Turkey has requested the extradition of Gülen from the U.S. to stand trial for a series of crimes.

Meanwhile, Turkey has intensified its operations against the PKK terror organization in the southeastern provinces, in addition to conducting Operation Euphrates Shield, which backs the Free Syrian Army to clear DAESH from Turkey's southern border.

Gendarmerie Forces General Yaşar Güler gave details of Turkey's counter-terror operations during Prime Minister Binali Yıldırım's meeting with governors on Thursday. Güler confirmed that all PKK terrorist components had been cleared out of the Çukurca district of Turkey's southeastern province of Hakkari when answering questions in the meeting. "The rural area of Çukurca was cleared of the PKK terrorists, they were all eradicated from Kalatepe," he said. However, General Güler added there are 12 more locations left to be cleared of the PKK terrorist group.
RELATED TOPICS