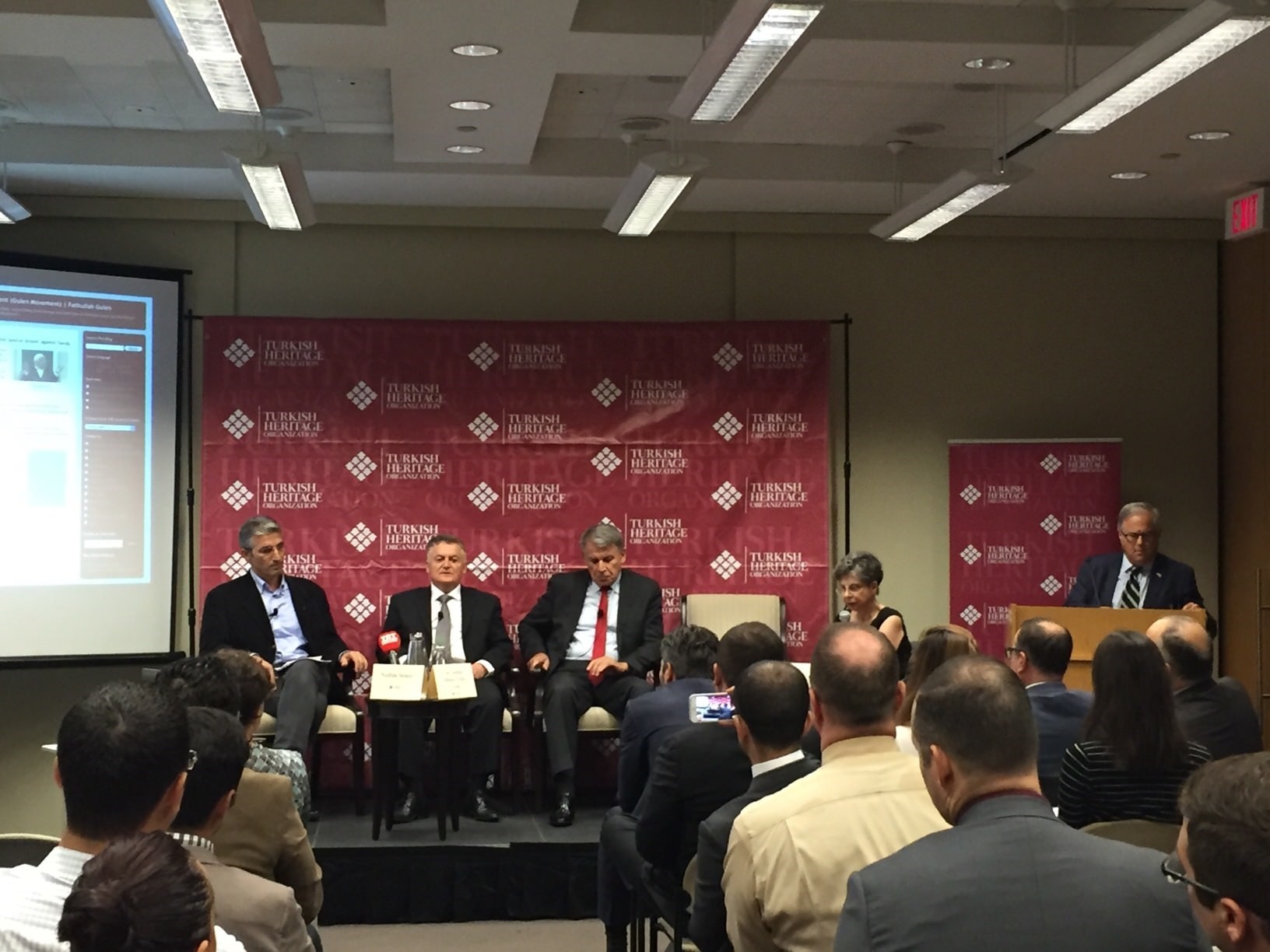 Former Turkish military officials and a Turkish journalist who were wrongfully imprisoned by judicial authorities linked to the Pennsylvania-based cult leader and self-titled imam Fethullah Gülen criticized the Obama administration for its silence and the recently debunked, high-profile "witchhunt" cases in a panel held in Washington on Thursday.

Hosted by the recently established Turkish Heritage Organization, the panel explains how the Turkish government and intelligentsia are struggling to make their case to their NATO ally on Gülen's leading role in the botched July 15 coup attempt. Although the Turkish government and the majority of the public were quick to condemn Gülen and his disciples who had infiltrated the Turkish state for orchestrating the coup, the majority of U.S. media outlets cast doubt on these claims.

Nedim Şener, an award-winning journalist who was imprisoned in 2011 following the release of his book on Gülen's involvement in Turkish-Armenian journalist Hrant Dink's murder, said that Gülen was able to stay in the U.S. thanks to help from former U.S. officials.

Former top Central Intelligence Agency (CIA) officers Graham Fuller, George Fidas and former U.S. Ambassador to Turkey Morton Abramowitz were among those who provided reference letters for Gülen when he sued the U.S. government for a residence permit on the basis of extraordinary abilities in 2008.

American intelligence officers told the Washington Post in 2011 that Gülen and his schools had nothing to do with the CIA but the U.S.'s inaction toward Turkey's high-profile conspiracy cases against Gülenists who aimed to cleanse the bureaucratic system and media outlets of anti-Gülenist people, as seen in the Ergenekon and Balyoz (Sledgehammer) trials, made it obvious that Mr. Gülen has ties with the CIA. This also hinted at American involvement, according to Şener and Ismail Hakkı Pekin, head of Turkish military intelligence, who was arrested in connection to the Ergenekon case. 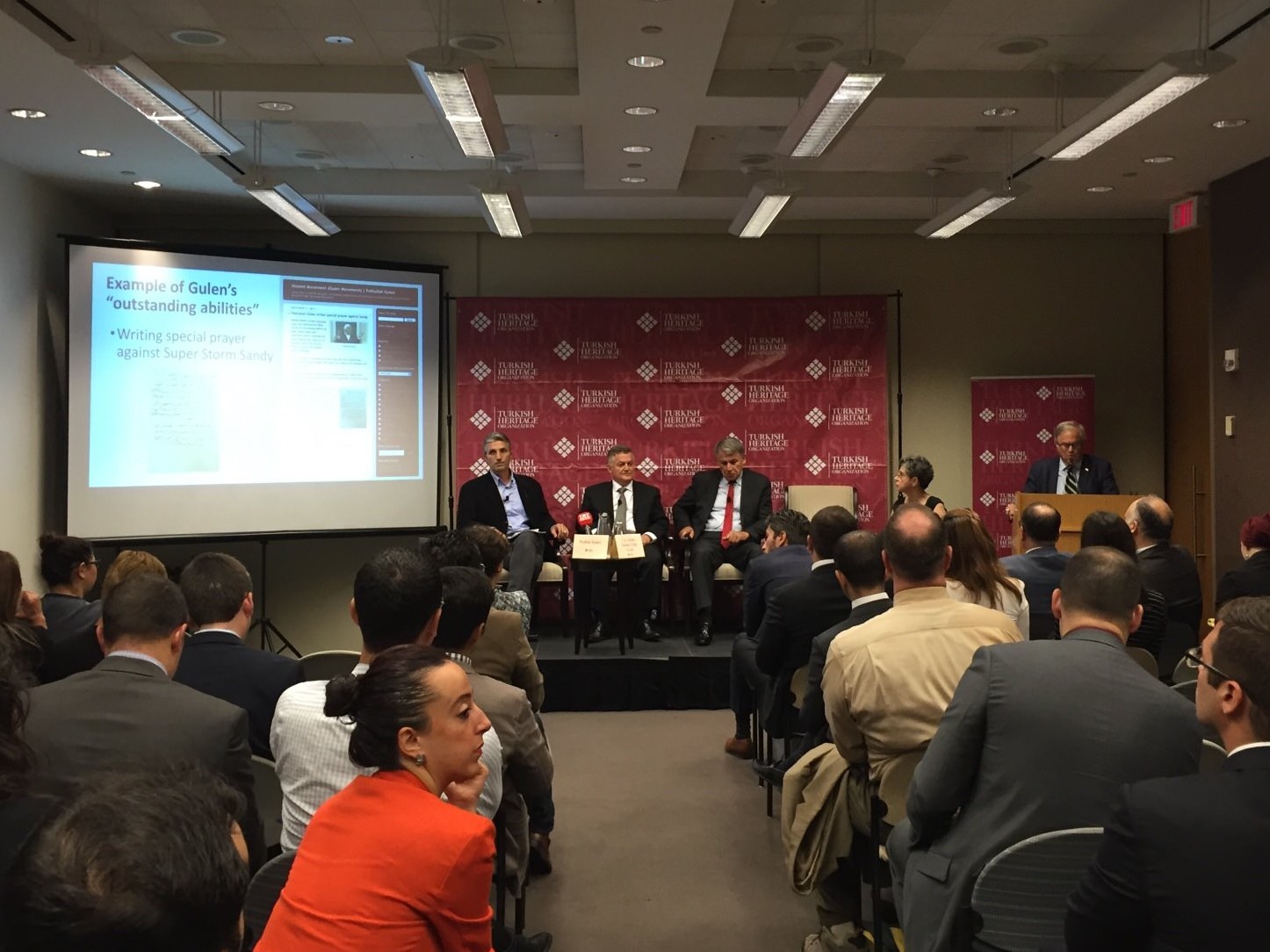 Pekin said the U.S. was silent on "these bogus charges at the time" because U.S. military officials were still angry at the Turkish government for not allowing the U.S. military to use Turkish territory to stage an invasion in Iraq in 2003.

However, some officers disagreed. Retired U.S. Ambassador James Holmes, who was among the audience, said the ruling Justice and Development Party (AK Party) was complicit in Gülen's rise in Turkey.

"I personally know that Ambassador Abramowitz asked Turkish authorities before penning that reference letter for Gülen on whether there were any pending charges against him. Turkish officials said 'no'..."

Şener acknowledged the AK Party's complicity but pointed out that the leaked U.S. diplomatic correspondence showed that American diplomats had documented Gülen's power grab and his clandestine organization.

"He should have known better. It was all reported by U.S. officials. But if you look at U.S. statements and EU progress reports, they all had some positive comments on Ergenekon and other cases," he said.

Another panelist, Ahmet Zeki Üçok, a former Turkish military judge who was imprisoned following his investigation into Gülen's infiltration within the Turkish military, said that those former police chiefs with links to Gülen were informing the U.S. Ambassador and other diplomats about these cases.

"They didn't go to the Russian or South Korean embassies. They sought support from the U.S.," he added.

Üçok was grim about the future of Turkish democracy. He said the Turkish government's removal of Gülen-linked officers from the military is "inefficient" since the number of Gülen's disciples are as high as 70,000.

"The first ever investigation into Gülen's disciples started in 1986 when the military administration discovered that Gülenists had been cheating on military high school entrance exams by stealing the questions beforehand. They had enough presence to initiate a military coup. The number of dismissals and arrests are not enough, there is still a chance of a new coup attempt," he said.