Reconstruction efforts in districts hit by clashes with PKK continue 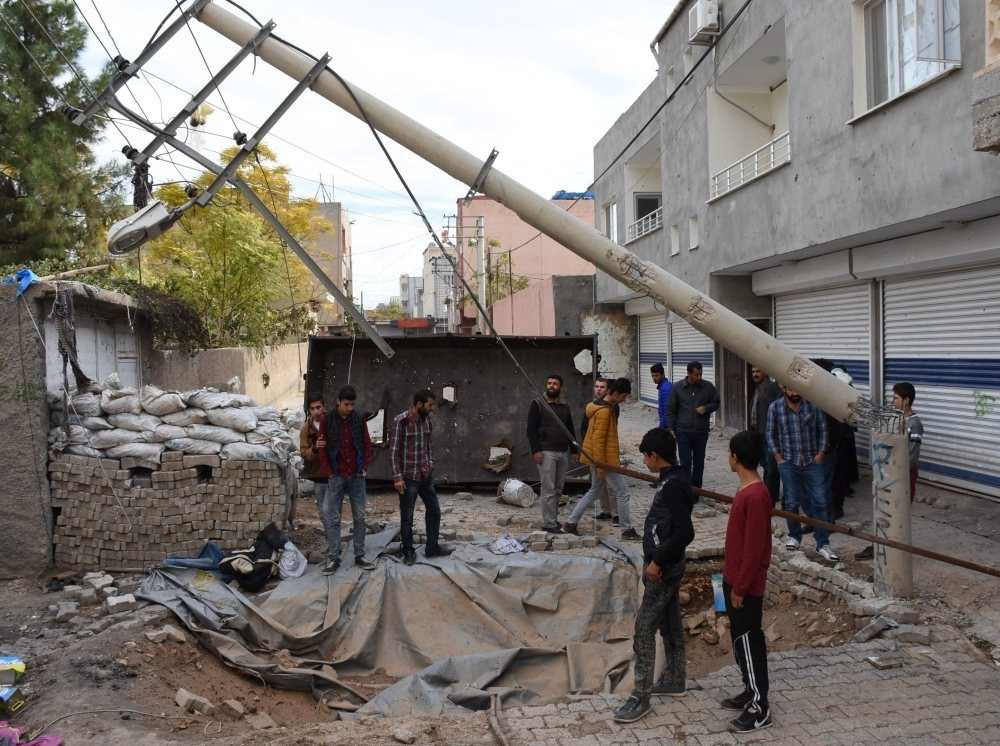 A barricade erected by PKK terrorists.
by Daily Sabah Oct 03, 2016 12:00 am
The reconstruction efforts in Nusaybin, one of the districts in the southeastern Mardin province hit by heavy clashes between security forces and PKK terrorists, are still ongoing. The government is planning to build 5,000 new apartments, public buildings and social areas in the district.

The buildings will be constructed away from the old city due to the district's proximity to Qamishli in Syria that is held by the Democratic Union Party (PYD), the Syrian offshoot of the PKK.

The social and economic life in the southeast of Turkey was crippled and historical sites were harmed by the PKK, who dug ditches, blockaded roads and planted explosives around the city, causing people to leave their homes.
RELATED TOPICS