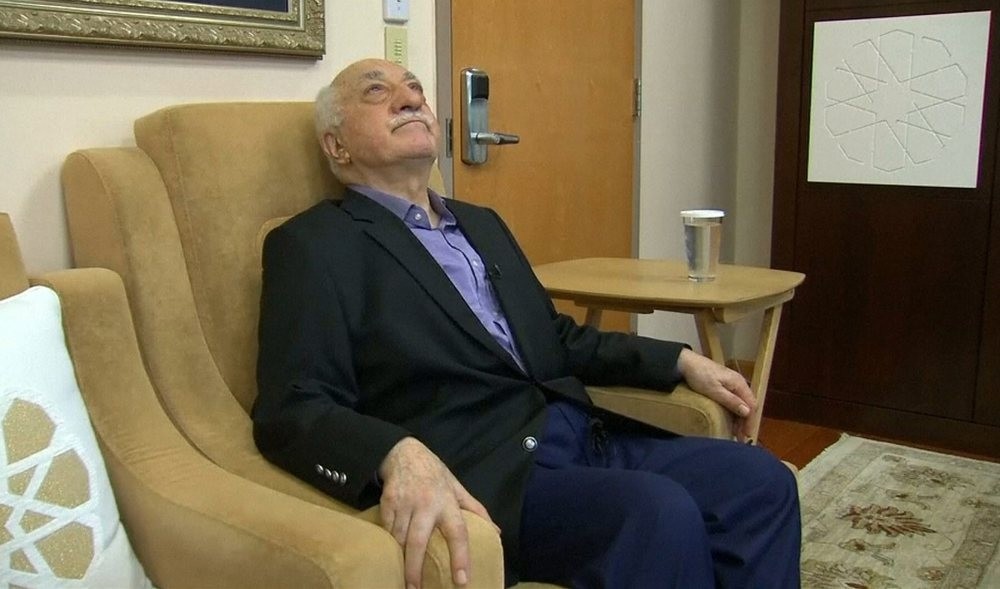 Fetullah Gu00fclen at his residence in Saylorsburg, Pennsylvania on July 16, 2016.
by Anadolu Agency Oct 07, 2016 12:00 am
There have been 176 asylum requests submitted to Sweden by people affiliated with the Gülenist Terror Group (FETÖ), a renowned Swedish newspaper claimed.

According to a report published in the Swedish SVD daily, 176 Gülenists have requested asylum from Sweden in the last two months.

Meanwhile, the Swedish migration office decided to not extradite FETÖ-linked asylum seekers to Turkey if their requests are not accepted.

The migration office said that the asylum seekers will be allowed to stay in the country despite their asylum status.

Meanwhile, an Istanbul court yesterday remanded 20 suspects in custody as part of a probe into FETÖ "sleeper cells", a judicial source said.

According to the source, speaking on condition of anonymity due to restrictions on talking to the media, a total of 39 people were detained last month during a FETÖ probe of sleeper cells that have infiltrated critical offices in Turkey.

Four of the remanded suspects, including deputy governors, are charged with forming a terror organization, while the remaining 16 are accused of belonging to an armed terrorist organization, the sources said.

The court released 19 others but ordered that they remain in Turkey, the sources added.

On Wednesday, more than 500 military personnel are the latest to be removed from their posts over suspected links to the FETÖ, the Defense Ministry said.

In a tweet, the ministry said 540 naval and air force personnel, including 368 sergeants, had been temporarily suspended from duty. It did not indicate when the suspensions had been carried out.

The majority of those affected - 427 - were from the navy with the remainder coming from the air force, the ministry said on its official Twitter account.

Tens of thousands of public sector personnel, including civil servants, teachers, police, judges and prosecutors have been removed from their jobs in the wake of the July 15 coup attempt, which the government has said was carried out by FETÖ members.

To date, 3,699 military personnel have been dismissed or suspended.

The attempt was masterminded by Fetullah Gülen, who has lived in self-imposed exile on a 400-acre property in the foothills of the Pocono Mountains in Pennsylvania since 1999.

Turkey has requested the extradition of Gülen from the U.S. to stand trial for a series of crimes.
Last Update: Oct 07, 2016 7:02 pm
RELATED TOPICS