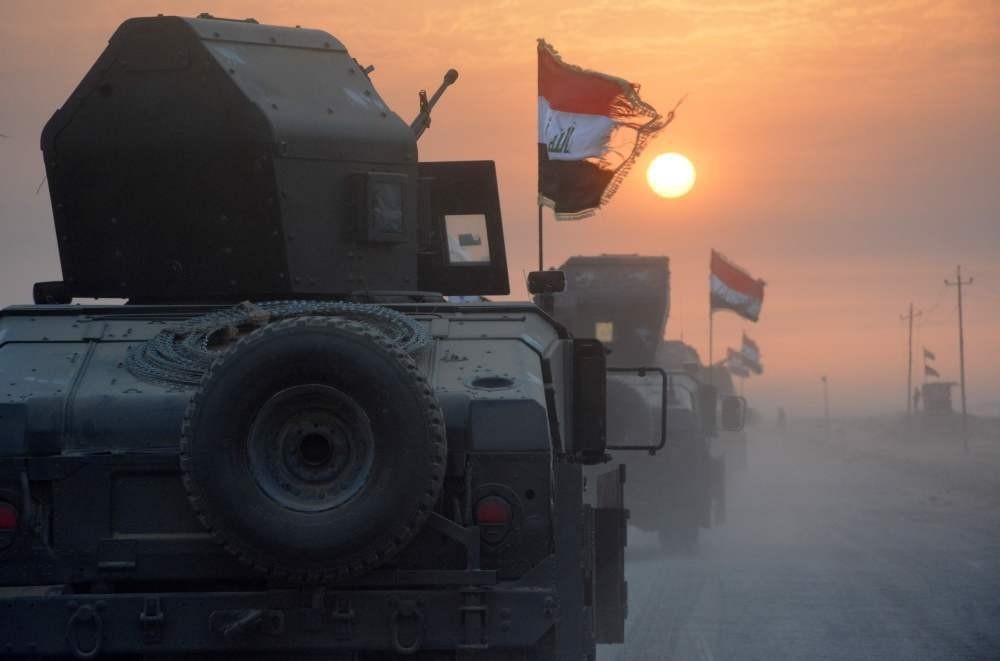 With two failed states on its southern border, Turkey has warned against the possibility of further escalating tensions, including sectarian clashes and a new wave of refugees if demographic sensitivities are not taken into consideration by Baghdad and Washington in the forthcoming Mosul offensive

With the date of operation to liberate Iraq's Mosul from Daish terrorists nearing, Ankara continues to reiterate the danger of a sectarian clash among ethnic and religious groups in the region along with a humanitarian crisis due to the influx of thousands of refugees. Turkey argues that the details of the Mosul offensive, including the groups that will participate in the offensive, as well as the governance of the region afterwards, are crucial for post-Daish stability and peace in Mosul, the second-largest city and Daish's last major urban stronghold in Iraq, which was seized by the group, along with other territory in June 2014.

According to plans for the offensive, forces loyal to the Iraqi central government, as well as the peshmerga forces from Iraq's Kurdistan Regional Government (KRG), will participate on the ground, while the U.S.-led coalition forces will support the troops from air. According to reports, the KRG agreed to partake in the operation in exchange for the central government allowing the peshmerga to control the areas around Mosul, which were cleared of Daish earlier in the year. Ankara has reiterated its supportive position on liberating Mosul from Daish, as it has been suffering from the rise of terror in two failed states, Syria and Iraq, along its southern border.

While the Syrian crisis has caused millions to leave the country and seek refuge in Turkey, the instability in both Syria and Iraq has also caused the rising attacks in Turkey by the terror groups in both countries, including Daish, the PKK, and the People's Protection Units (YPG). As such, Turkey sees the operations in both Iraq and Syria as factors that would, if not carried out strategically, affect its national security directly.

Mosul offensive must be sensitive to demographics

Turkey argues that, if the regional ethnic and religious sensitivities are not taken into consideration, despite the clearance of Daish from Mosul, stability and peace will not be established due to new Shiite-Sunni, Turkmen-Kurdish tensions. The Turkish government proposes that the operation must be conducted through supporting the local forces in Mosul, rather than outside fighters brought in by the central government or the PYD/PKK terrorists, also to protect Iraq's territorial integrity.

The population in Mosul is largely Sunni Muslims, including Arabs, Turkmens and the Kurds. Ankara's warnings to Washington and Baghdad on the possibility of a sectarian clash arise from the central government's plan to include Shiite forces in the operation, and the allocation of power to Shiite forces in control and governance of a predominantly Sunni region.

Burhanettin Duran, the general coordinator of the Foundation for Political, Economic and Social Research (SETA) and a professor at Ankara Social Sciences University, said Turkey has a rightful position in participating in the Mosul offensive, as it has been a country affected most by the instability in Iraq, as well as in Syria.

"Turkey has been a target for the terror groups coming from its neighbors, so the stability in its southern border is a matter of national security. As such, it demands a seat on the table if there will be a discussion on the details of an operation in clearing Daish from Mosul. In addition, the possibility of further clashes will also lead to the emergence of a new humanitarian crisis, which will also become an issue for Turkey. On the other hand, if the YPG/PKK is given leverage, it could also become a danger for the Barzani government in Irbil, which has been a strong ally of Turkey," he said, also criticizing the Washington administration for not taking into consideration the regional demographic sensitivities and influence from Iran's sectarian aims, which could trigger further bloodshed in the region.

Iraq had previously witnessed bloody sectarian clashes in the al-Anbar province when Shiite forces attempted to dominate the Sunni locals. However, despite warnings from Ankara, the Iraqi central government seems to be influenced largely by Iran's Shiite administration in preparations for the Mosul offensive.Speaking to Daily Sabah, İlter Turan, a professor of international relations and former rector of Istanbul Bilgi University said Mosul offensive is strategically important for Turkey's security in the region. "Turkey wants to participate in the Mosul offensive to stop a possibility of a sectarian conflict in the region and maintain the sensitive demographic balances. If the central government controls the post-Daish Mosul, it will lead to a sectarian conflict and a further wave of refugees into Turkey," Turan said.

With the launch of the offensive, a vast amount of the 1.5 million people living in Mosul are expected to leave the region to more stable areas in Iraq. Such an influx will create a new humanitarian crisis in Iraq, including Turkey due to the arrival of refugees. Refugees from clashes in Iraq have previously sought refuge in the KRG's capital Irbil, and also in camps established by Turkey in Northern Iraq. The new wave is expected to overflow the camps in northern Iraq as well as in Irbil.

Recently, Baghdad has increased tensions with Ankara, accusing Turkey of invading Iraqi soil due to the presence of Turkish troops in the Bashiqa training camp, near Mosul.

On Dec. 4, 150 Turkish soldiers equipped with heavy weapons arrived on the outskirts of the Daish-held Mosul province in northern Iraq to train forces, while Baghdad demanded the withdrawal of soldiers. Iraq gave Turkey an ultimatum to withdraw the forces or face "all available options."

Turkey said 150 soldiers and up to 25 tanks were stationed at Bashiqa to protect servicemen training Iraqi volunteers, including Arab and Turkmen Sunnis, as well as Kurdish peshmerga, to fight Daish and are not assigned combat duties.

Responding to Baghdad's recent objection to Turkey participating in the counter-terror operation, Erdoğan said on Tuesday, "Iraqi prime minister, know your own place, your clamoring is not important." Erdoğan also added that the Turkish Armed Forces (TSK) will not take direction from the Iraqi prime minister, saying Turkish army will do what is necessary in Mosul.

Speaking at Anadolu Agency's Editors' Desk in Ankara, Kurtulmuş said: "Turkey's presence in Bashiqa is legitimate. We will continue our presence there as long as Turkey is needed there."

Speaking at the draw ceremony for judges and public prosecutors held at the Beştepe Presidential Complex in the capital Ankara, Erdoğan reiterated his criticism on the U.S.'s policy of arming the Syrian Democratic Forces (SDF), which is dominated by the PKK terror group's Syrian wing PYD.