Turkey, coalition agree to include Turkish warplanes in Mosul operation 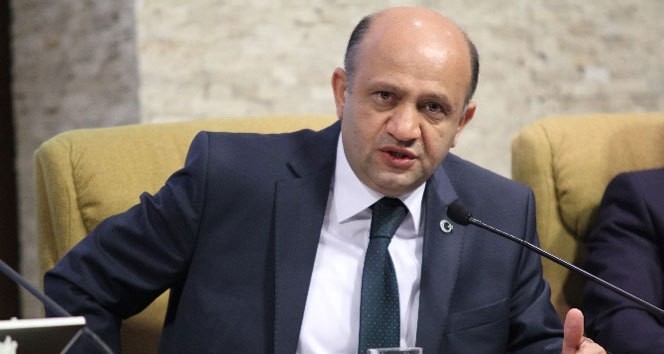 "Without Turkey, it is impossible to decide for Mosul's future," Işık added.

The minister said earlier on the same day that the country's military operation in war-torn Syria "had shifted to another phase" after opposition forces recently took Dabiq town from Daesh.

His remarks, made through an anonymous source, were delivered in the Italian capital Rome during a South-Eastern Europe Defence Ministerial meeting, according to a source close to the ministry.

The meeting itself was closed to the media.

"We do not want the existence of any terror group in our border regions," Işık said, according to a source close to the minister.

President Recep Tayyip Erdoğan said on Tuesday the victory of the Ankara-backed Free Syrian Army in Dabiq -- a town of symbolic importance for the Daesh terror group -- would lead to an assault on the city of al-Bab, around 35 kilometers (22 miles) northeast of Aleppo.

The Turkish defense minister also warned partner countries on Tuesday about initiatives linked to the Gülenist terror cult (FETÖ), which was behind the defeated July 15 coup attempt that left 241 people dead and wounded 2,200 others.

Led by U.S.-based fugitive cleric Fetullah Gülen, FETÖ organized the failed coup and conducted a long-running campaign to overthrow the state through the infiltration of Turkish institutions, particularly the military, police and judiciary.