2 more children killed, 4 others injured by PKK explosion in Turkey 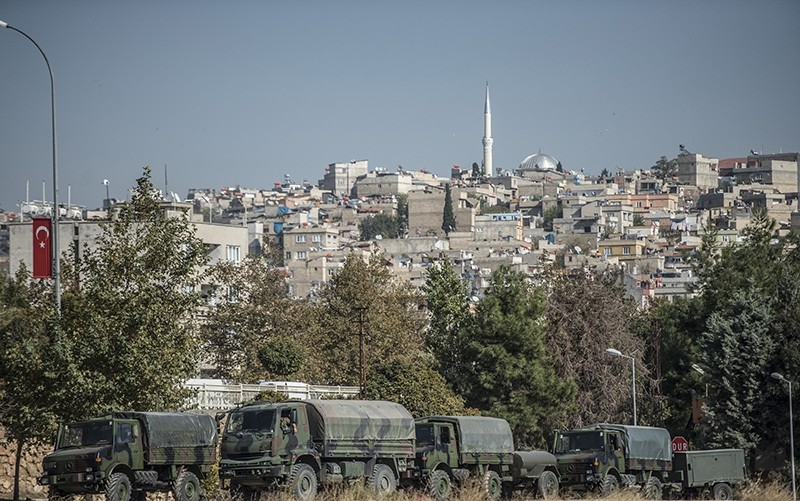 Two children were killed; four others were injured by PKK-led explosion in Turkey's southeastern Şırnak province near Iraqi border on Saturday. The attack follows Friday's car bomb attack by the terrorist organization, which took place shortly after the detention of pro-PKK Peoples' Democratic Party (HDP) deputies and claimed the lives of at least eight people, including children.

According to Şırnak Governorate, explosives previously planted by PKK terrorists was behind the blast, which took place in Gündoğdu district near the city center.

"The children were immediately taken to Şırnak Hospital but two of them unfortunately succumbed to their injuries despite medical efforts" the governorate statement said and added that an investigation has been launched.

Friday's attack took place in a heavily populated and school area in Diyarbakır shortly after pro-PKK HDP deputies were detained for refusing to testify after being summoned by the prosecutor in a terror probe.

Among the charges facing the HDP lawmakers are offenses of spreading terrorist propaganda in relation to comments made in October 2014, after Daesh terrorists entered the Syrian border town of Kobani, also known as Ayn Al-Arab.

The government has also accused the HDP of having links to the PKK, which is listed as a terrorist organization by Turkey, the EU, and U.S.

30 children and infants have been killed in PKK attacks since August of last year.The PKK's campaign - killing civilians in the name of freedom for Kurdish citizens in Turkey - is not a new one. It is responsible for roughly 7,000 civilian deaths since it was founded. The majority of these victims were Kurdish citizens of Turkey who were killed for supporting the Turkish government at a time when attacks were intensifying in the predominantly Kurdish cities in eastern and southeastern Turkey where the PKK struggled to garner support.