US 'playing with fire' by assisting YPG, director of US public policy institute says 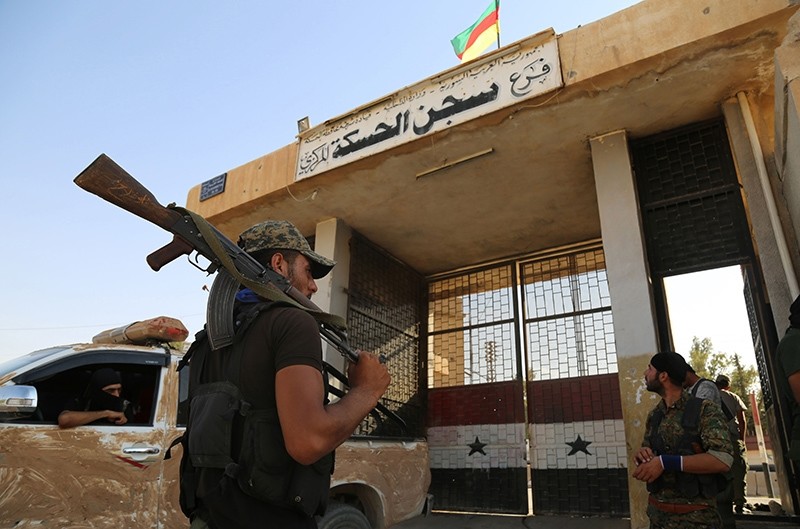 The U.S. is "playing with fire" by training, funding and arming the People's Protection Units (YPG) in Syria, the Allison Center for Foreign Policy Studies Director at The Heritage Foundation Luke Coffey said on Tuesday. Coffey criticized the Obama administration's policies in Syria, saying that the majority of the population in the U.S. is not aware of the YPG and Democratic Union Party's (PYD) ideology and would be infuriated if they knew that their tax money was being used to fund communist groups in Syria.

"The U.S. should not support communist groups that have links to the PKK, which is recognized as a terrorist organization by the U.S. administration and carries out terrorist attacks against our NATO ally Turkey," Coffey said, noting that relations between the U.S. and Turkey are based on an institutional structure.

Coffey continued by saying that it is "unbelievable" that the U.S. supports the PYD/YPG and added that the Trump administration should immediately halt assistance.

He highlighted that the U.S. "cannot" have relations with terror-related groups, while he argued that some commentators and decision makers do not know the difference between the Kurdistan Regional Government (KRG) in Iraq and the PKK, PYD and YPG.

"The U.S. can support the KRG but should not support other Kurdish groups, which have links to terrorist organizations," Coffey said, highlighting that the fight against Daesh terrorists in Syria should be the U.S.'s main focus.

While Ankara asserts that the PYD is affiliated with the PKK, a designated terrorist organization by the U.S., EU and NATO, the Obama administration does not share Ankara's concern and continues to arm the group.

The U.S. provided arms to the PYD in October, drawing heavy criticism from Ankara. A total of 50 tons of arms and ammunition reached the PYD in the northern Syrian province of al-Hasakah by U.S. air force drops. The 112 pallets reportedly contained ammunition for M-16s and AK-47s.

Washington continues to read from a different page to Ankara concerning the PYD, with the former defending its policy by saying that the PYD fights Daesh on the ground in Syria. Even though the U.S. says the PYD is the only effective force in the region, Ankara reiterates that there cannot be any distinction between good and bad terrorist organizations.