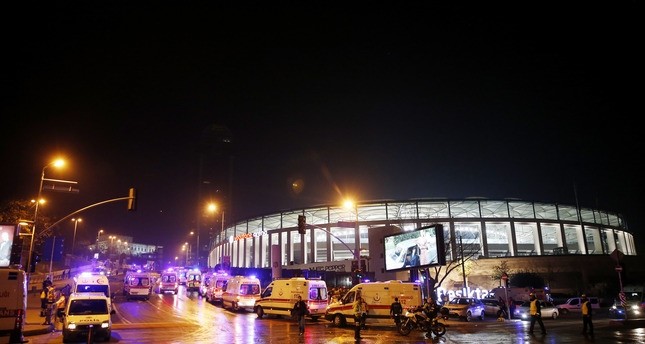 by Daily Sabah Dec 14, 2016 12:00 am
Foreign Minister Mevlüt Çavuşoğlu said late Wednesday that one of the bombers that perpetrated the twin blasts in central Istanbul last week came from Syria a week before the incident.

"One of the PKK members came from Syria a week before the terror attack," he said.

Two bombs exploded in a terrorist attack in central Istanbul last Saturday, close to Vodafone Arena in Beşiktaş district. One of the explosions was due to a suicide bomber and the other was a car packed with explosives.

The attacks left 44 people dead and 155 wounded. 14 of the wounded are currently under intensive care.

In the north of the war-torn country, the PKK's Syrian branch PYD and its armed wing YPG established the so-called "cantons" on the Turkish border. Despite claiming to be two seperate organizations, both groups usually exchange arms and militants, also collaborating in terror attacks in Turkey.