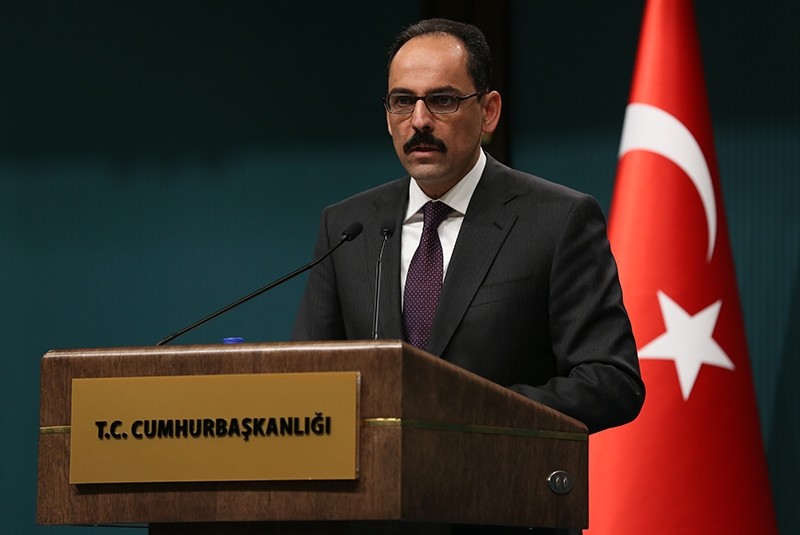 Presidential Spokesperson Ibrahim Kalın said on Monday that it was unacceptable that the international coalition was refusing to give any air support to the al-Bab anti-Daesh operation.

Spokesperson Kalın stated that an area of 1,900 per square kilometer has been cleared of Daesh as part of Operation Euphrates Shield.

Kalın also underlined that the international coalition needs to do their part in the operations at the Azaz-Jerablus front, Dabiq and al-Bab points instead of criticizing Turkey in its fight against the Daesh terrorist organization.

Kalın also said that Turkey has agreed with the U.S. that the Free Syrian Army (FSA) and local forces would participate in the offensive to liberate Raqqa from Daesh terrorists and that a joint commission has travelled to Manbij to prevent a fait accompli.

Without establishing a lawful way of governance that is both able to preserve territorial integrity and represent all segments of society, the end of this war or the establishment of a sustainable government in Syria would not be possible, spokesperson Ibrahim Kalın stated.

During the press conference, Kalın also said that nearly 44,000 people had been evacuated from Aleppo to Idlib in the past three weeks thanks to Turkey's intensive diplomacy efforts, and that all necessary measures were being taken to meet the basic needs of these people in Idlib.

He also added that around 200 evacuees from eastern Aleppo had been brought to Turkey for medical treatment, and that Turkey was working on building a camp for 10,000 evacuees.