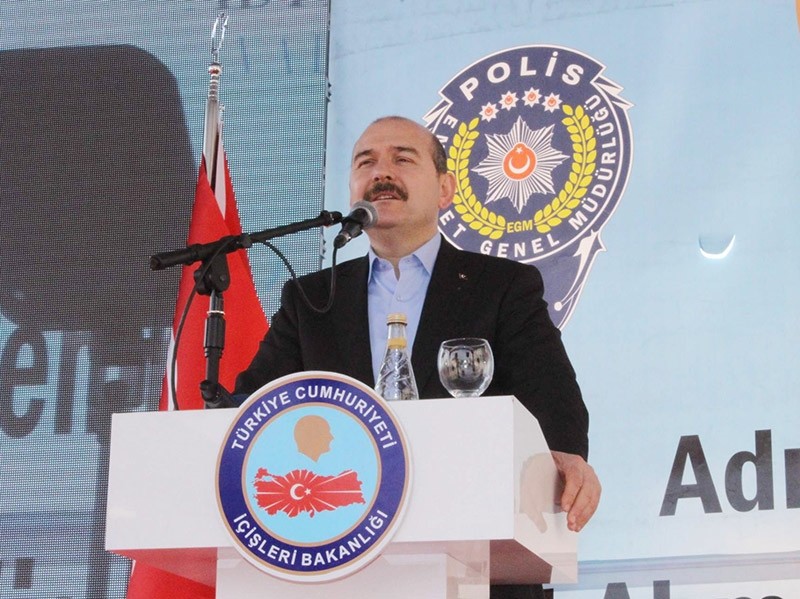 The Turkish interior minister on Sunday said that Turkey had penetrated every single "so-called base and shelter" of the PKK terrorist organization in the past five months.

In an inauguration ceremony of a police station in Turkey's southeastern Adıyaman province, Süleyman Soylu revealed figures pertaining to Turkey's terror fight during the winter period.

"We have entered every single so-called base and shelter of the terrorist organization which were considered as impossible locations to enter during the winter term."

Soylu said Turkish armed forces had conducted 129 operations on 125 PKK bases during winter. "[A total of] 661 shelters have been destroyed in 22 provinces in five months."

The minister added that 8,477 people had been detained under the charges of aiding PKK/KCK terror organization in the past five months. "2,603 of them have been remanded."

Soylu added the Interior Ministry had also assigned administrators to 79 municipalities which have provided logistic and financial support to the terrorist organizations.

Turkish authorities often use the word "neutralized" in their statements to imply the terrorist in question was either killed or captured.