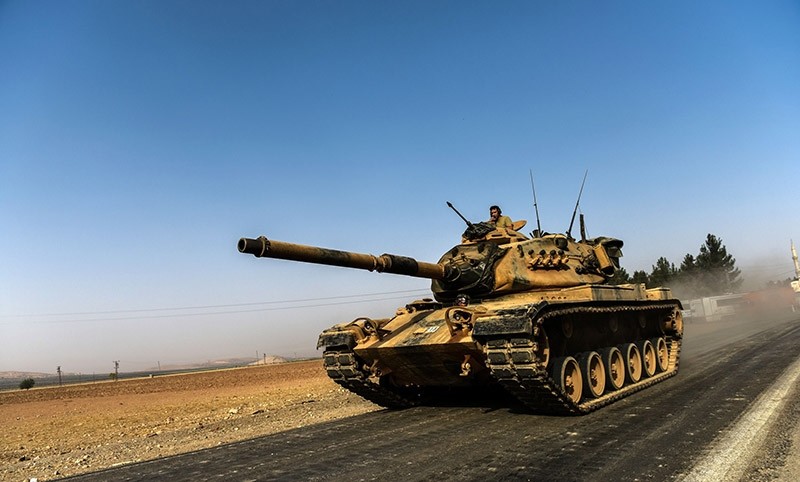 Turkish airstrikes and artillery shelling have killed 26 Daesh terrorists on the 175th day of Operation Euphrates Shield, the Turkish military announced in a statement on Tuesday.

The statement provided up-to-date information on developments that took place in operations carried out in Syria between 7 a.m. (4:00 a.m. GMT) Feb. 13 and 7 a.m. Feb. 14. A total of 135 identified targets were shelled by Turkish forces, while Turkish warplanes hit 43 Daesh targets, destroying 41 buildings used as shelters, a car bomb, and a command post.

The Turkish army is supporting Free Syrian Army (FSA) fighters in liberating al-Bab, a strategic city for Daesh, from the terrorist group. The military statement advised against trusting speculative reports in the media that indicate in percentage terms what part of the city has so far been liberated, and to rely solely on information released by the military.

Turkey launched Operation Euphrates Shield on Aug. 24, 2016, declaring that it was exercising its right of self-defense codified under United Nations Charter Article 51. A National Security Council press release on Nov. 30, 2016 stated that the operation's objectives are to maintain border security and confront Daesh terrorism within the framework of the U.N. Charter. It also emphasized not allowing the PKK terrorist organization, or its Syrian affiliates the Democratic Union Party (PYD) and its armed wing the People's Protection Units (YPG), to establish a corridor of terror on Turkey's doorstep.