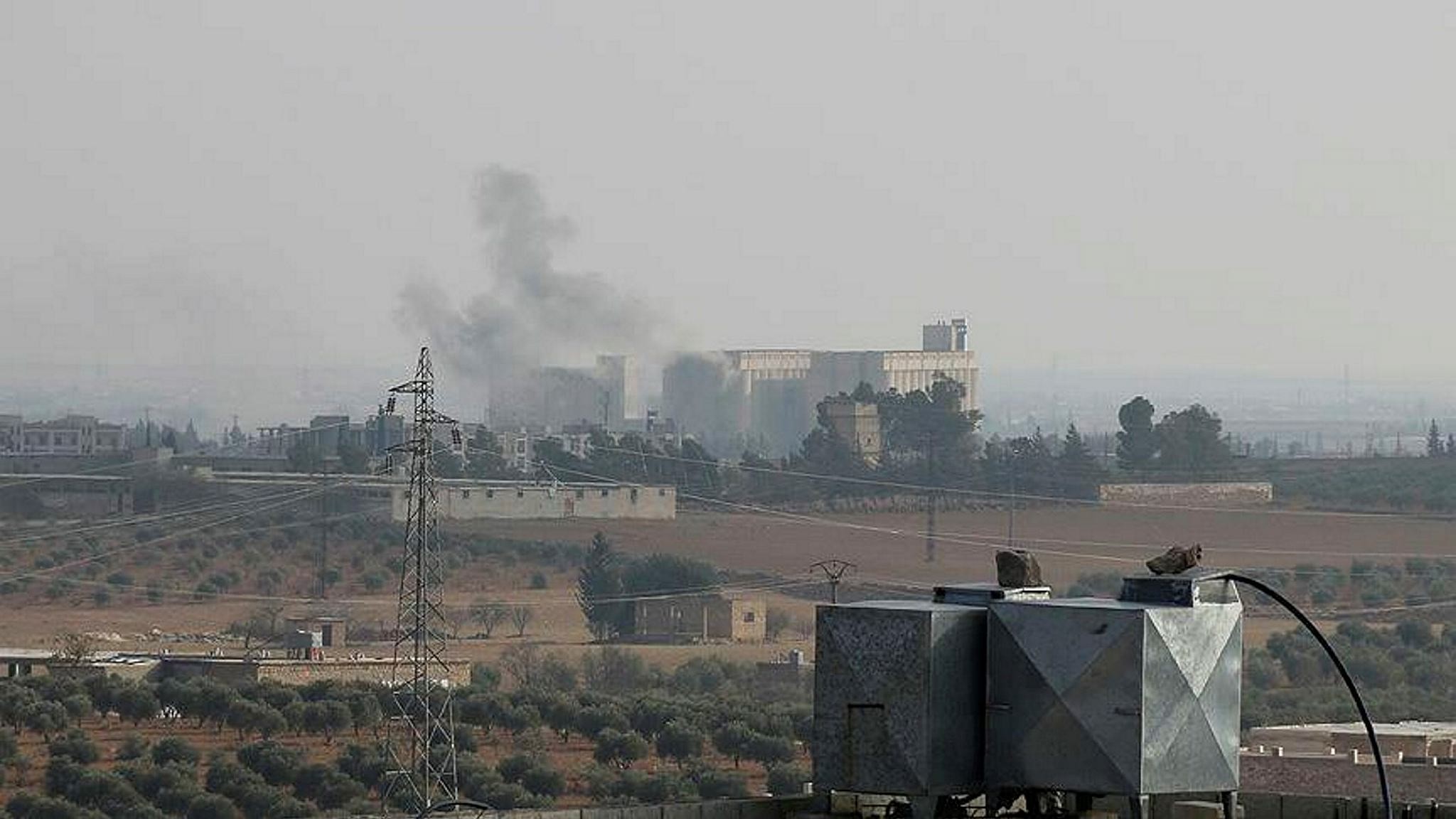 Smoke billows from Daesh targets hit by Turkish warplanes in Al-Bab
by Daily Sabah with AA Feb 16, 2017 12:00 am

Turkish soldiers and the Free Syrian Army (FSA) have completely surrounded the Daesh-held town of Al-Bab, the minister of national defense said Thursday.

Speaking in Brussels, Fikri Işık said Turkey would help civilians living in Al-Bab and also fix the city's infrastructure after the terror group is driven out.

"Now Al-Bab is completely surrounded. A serious cleaning operation is being done inside [the city]."

"There is a very intense operation to clear Al-Bab's city center from Daesh elements. The Free Syrian Army [FSA] and the Turkish Armed Forces have been conducting [operations] together," Işık told reporters at a news conference.

Turkey has been carrying out a military operation in northern Syria since last August. Led by FSA fighters, Operation Euphrates Shield aims to improve security, support coalition forces, and eliminate the terror threat along the Turkish border.

The operation has focused on Al-Bab since early December. Turkish warplanes also conduct strikes on Daesh targets, which eases the job of Turkish troops and FSA forces on the ground.

One of the goals of the operation now is to liberate Raqqa, Daesh's so-called "capital," as well as Manbij, a strategically important city located on the western banks of the Euphrates River, which is currently controlled by PYD/YPG terrorists.

On the PYD/YPG presence in Manbij, Işık said that it posed a grave threat to the stability of both Turkey and the region.

"We have been striving to do this [rid the region of the PKK/PYD] in the fastest and easiest way. We are determined to advance this goal without causing any tension. This operation will also continue after Al-Bab," he added.

The PYD is the Syrian branch of the PKK, which is recognized as a terrorist group by Turkey, the U.S., EU and many other countries.

Işık also said the U.S. placed importance on the upcoming Raqqa operation, which is backed by Britain and France.

"Turkey sees danger in exploiting one terrorist organization against another, which will certainly cause a catastrophe for the region," he added.

Ankara wants to act together on the Daesh-held Syrian cities of Al-Bab and Raqqa, the latter the terrorist group's self-proclaimed capital.

Since it resumed its armed campaign in July 2015, the PKK -- the PYD/YPG's parent group -- has been responsible for the deaths of approximately 1,100 security personnel and civilians, including women and children.

While the Obama administration called the PYD a "reliable partner" in fighting Daesh in the region, Turkey has long warned against any cooperation with the group, stressing that it is part and parcel of the PKK.

The views of the U.S.' new Trump administration are as yet unknown.

Işık also confirmed that the U.S. chief of staff, Gen. Joe Dunford, will pay an official visit to Turkey and will meet Turkish Chief of General Staff Hulusi Akar on Friday to exchange views on a "possible" joint operation to recapture Raqqa.

"This meeting will be an important meeting; it will include important considerations on whether the operation will be conducted together or not," Işık told reporters in Brussels.

He underlined that Ankara was willing to help Washington on whether Turkey and the United States could act jointly. However, he added that the final decision would be made after all technical studies are done.