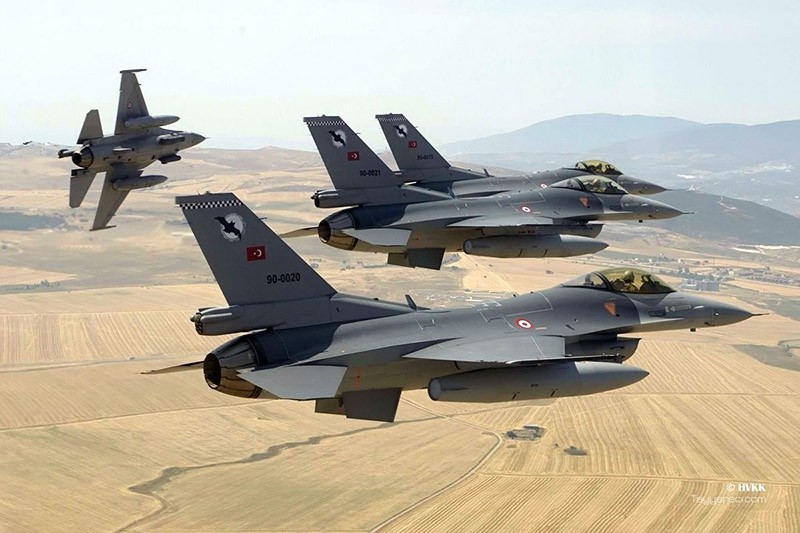 A total of 17 PKK terrorists have been killed in anti-terror operations conducted on Tuesday across southeastern Turkey and northern Iraq, the Turkish military announced on Tuesday in a press release.

The statement said that a first wave of airstrikes hit PKK positions in the countryside of Turkey's southeastern province of Hakkari and northern Iraq's Zap region between 5:45 a.m. (GMT 2:45) to 7:35 a.m. local time.

According to initial estimates, a total of 15 terrorists were killed in bombardments targeting militants in their caves.

The release also said that on Tuesday at 1:40 p.m. local time, following the receipt of intelligence in Hakkari's Çukurca district, a group of terrorists were spotted in the axis of Para Tepe, Kumru Tepe, Çukur Tepe, as well as in the Hubi T. region. The army units shelled the area with artillery pieces and mortars.

At first, an unidentified number of terrorists were confirmed wounded; later on, walkie-talkie talks intercepted by the Turkish military indicated that two terrorists, code named Mervan and Mordem, were killed in the operation, the release also noted.

The stamement added that over the past week the PKK boosted its activities to transfer scores of militants from northern Iraq's Zap region to Turkey, while also noting that the Turkish jets have been bombarding them as soon as intelligence is received.

Since then, the PKK has murdered over 800 security personnel and 300 civilians and has also lost some 10,000 militants, who were either killed or apprehended in anti-terror operations.