Ankara, opposition MHP voice optimism about alliance with Trump in fight against FETÖ 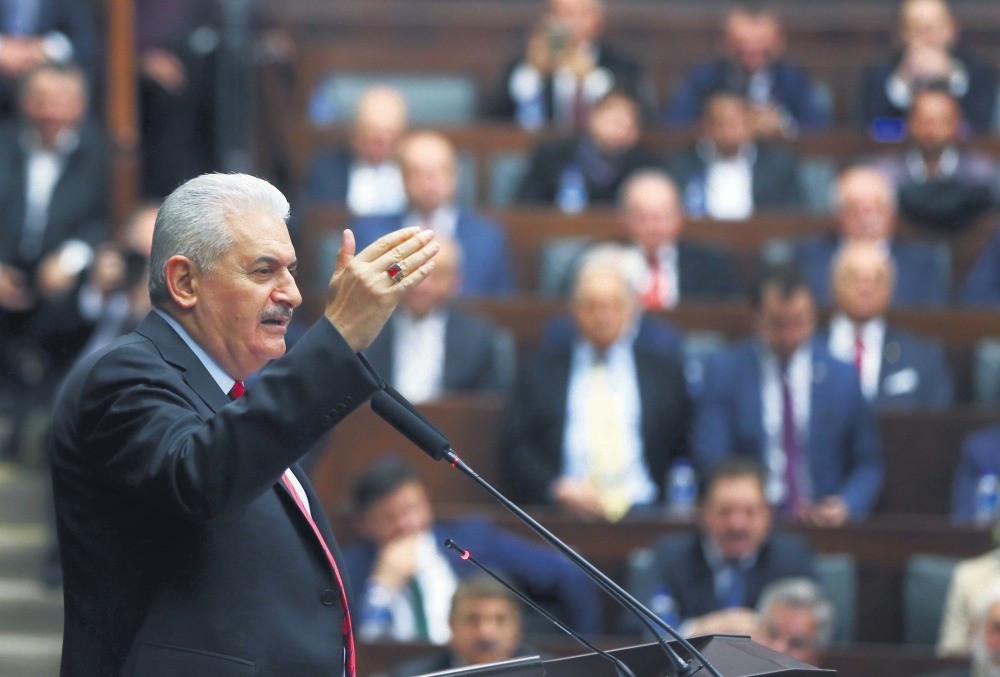 Prime Minister Binali Yıldırım and MHP Chairmain Bahçeli have called on the newly elected Trump administration to take concrete action against FETÖ members, including extradition of the terror group's leader Gülen from the U.S. to Turkey

The leaders of Turkey's ruling Justice and Development Party (AK Party) and the opposition Nationalist Movement Party (MHP) yesterday urged the newly-appointed U.S. administration to take concrete action against U.S.-based Gülenist Terror Group (FETÖ) leader Fetullah Gülen. Speaking at a weekly parliamentary meeting, AK Party Chairman and Prime Minister Binali Yıldırım said he is optimistic about the new administration in the fight against FETÖ. MHP Chairman Devlet Bahçeli, at his party's parliamentary group meeting, urged the U.S. to extradite Gülen to Turkey, noting that this would renew ties between the countries.

Even though Turkish-American ties had previously taken a nosedive under former President Barack Obama's administration, which openly supported the armed wing of the PKK's Syrian offshoot the Democratic Union Party (PYD) and its armed wing, the People's Protection Units (YPG), and were reluctant to process Turkey's multiple extradition requests for terror leader Gülen, bilateral relations seem to have entered a more productive and collaborative phase since President Donald Trump took office. On that note, Prime Minister Yıldırım said yesterday that Turkey recognizes the Trump administration as being more understanding and sensitive on the issue of extraditing the U.S.-based Gülen who lives in exile in the state of Pennsylvania.

In remarks made to a large crowd during a parliamentary group meeting, Yıldırım said talks are continuing with U.S. officials on the extradition of the FETÖ leader, who is responsible for the deadly failed coup attempt on July 15 in Turkey.

"Our talks with U.S. officials are continuing regarding the extradition of the FETÖ leader. We recognize the new administration as being more understanding and sensitive on the matter. No matter what the consequences are, FETÖ will come and stand trial," Yıldırım added. Furthermore, MHP leader Bahçeli condemned FETÖ for threatening Turkey's security and said that the MHP will support the government to ensure that those who pose a threat to the country are held accountable for their crimes. Bahçeli further urged the U.S. to extradite Gülen to Turkey, noting that this would revive relations between the two countries. "The Gülenist Terror Group is no different than the PKK [terrorist organization], Daesh or the YPG or the [Revolutionary People's Liberation Party-Front] DHKP-C; perhaps even worse," he stated.

Bahçeli also affirmed that his party will continue to support the "Spirit of Yenikapı," which emerged following the July 15 coup attempt, when major political parties united and stood against FETÖ's attempt to overthrow the democratically-elected government. He said that the MHP is to vote "yes"in the upcoming referendum on the constitutional amendment package and added, "We will support the union between the nation and the state."Continuing his remarks by stressing that his party will not "follow on the tails of bloody-handed groups like FETÖ and the PKK," Bahçeli said, "We are taking responsibility and making our state and nation a priority." Bahçeli also called on the intra-party opposition figures of MHP to form their own party, which he claimed they have been working on for quite some time, and to compete with them openly. He accused the intra-party group of siding with the main opposition Republican People's Party (CHP) and the left-wing, neo-nationalist Patriotic Party (VP).

Meanwhile, Prime Minister Yıldırım praised the MHP during his speech inparliament for their support of the constitutional amendment, making the hand sign of the MHP. Yıldırım dismissed claims that the "yes" vote will lead to a separation in Turkey, saying, "If the country was going to be divided by voting 'yes' in the upcoming referendum, the terrorists in the Qandil Mountains [headquarters of PKK] would be the first ones to vote yes. It is their goal to divide Turkey anyway, so why would they miss such an opportunity?" Recalling the rough time Turkey went through in 2016, including the failed coup, Yıldırım told AK Party members that Turkey is now back on track: "Those planning to darken the future of Turkey are doomed. No power can now prevent Turkey's rise. Turkey has taken very firm steps," he added. He also praised expat Turks who plan to vote "yes" in April 16's upcoming referendum, saying the "yes" campaign will be embraced from Germany to Turkey's northeastern border province of Kars.
RELATED TOPICS