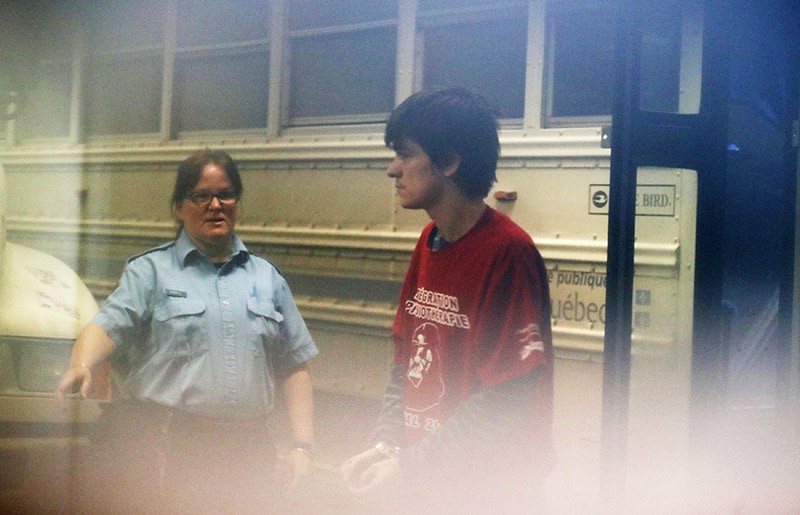 The man charged with shooting and killing six Muslims at a Quebec City mosque in Canada made a brief court appearance Tuesday.

Alexandre Bissonnette, 27, appeared as the Crown handed over to the accused's defense attorney the results of the police investigation into the Jan. 29 attack that also injured 19 others, the Canadian Broadcasting Corporation (CBC) reported.

Security was tight as anyone entering the packed courtroom was forced to show identification, pass through metal detectors and was frisked by police.

Unlike his first appearance the day after the shootings, when he was charged with six counts of first-degree murder and five counts of attempted murder, Bissonnette looked up and at the audience Tuesday, the CBC reported.

Once proceedings began he focused on this lawyer, Jean Petit, and the judge.

One of the those in attendance was Mohamed Labidi, vice-president of the mosque where the shootings occurred during Sunday evening prayers, reported the Canadian Press wire service.

He had mixed emotions, including compassion for Bissonnette.

"It hurts, especially when I see someone so young," Labidi told reporters at the courthouse. "There's a mixture of emotions - pity for [Bissonnette] and at the same time thoughts for our brothers who died for no reason."

The judge set Bissonnette's next court appearance, a bail hearing, for March 30.

Labidi also said Bissonnette should not be granted bail as a suspect in such a horrific crime.

"We have faith in the Quebec and Canadian justice systems," he said.

Labidi said three of the five victims of the shooting who had spent lengthy stays in the hospital are now recovering at home.

Another victim is still in intensive care and one remains in critical condition in a coma.