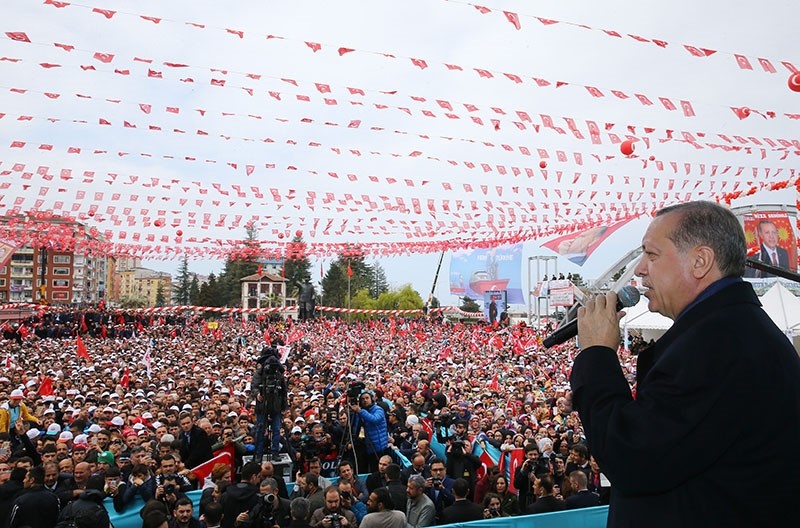 Kılıçdaroğlu said in a meeting with media representatives in Istanbul early Monday that the July 15 coup attempt was a "controlled coup attempt," as pro-coup forces went ahead with the attempt an early hour despite being exposed, while FETÖ members' statements in investigations also strengthened his opinion.

The CHP chairman further claimed that there were at least 120 to 180 Bylock-using deputies in the ruling Justice and Development Party (AK Party), who were being spared from persecution, which also pointed to a "controlled coup attempt."

Despite persistent questions, Kılıçdaroğlu refused to comment further, but said that he has files and could reveal them in a separate meeting.

Speaking during a referendum rally in his hometown of Rize in northeastern Turkey, President Erdoğan slammed Kılıçdaroğlu's remarks, saying that the CHP leader is lying. Erdoğan also urged Kılıçdaroğlu to reveal any documents he has on the matter.

Prime Minister Binali Yıldırım also criticized Kılıçdaroğlu's remarks in a meeting in capital Ankara. "What does controlled coup attempt mean? Isn't it an insult against our martyrs, isn't offending their relatives, going too far against our veterans?" Yıldırım said, noting that Kılıçdaroğlu has to prove his allegations.

In his remarks, Kılıçdaroğlu also alleged that Adil Öksüz, the suspected civilian leader of the coup attempt, was provided with a GPS device imported by a public institution, and it should be revealed which institution is responsible.
Last Update: Apr 03, 2017 4:45 pm
RELATED TOPICS