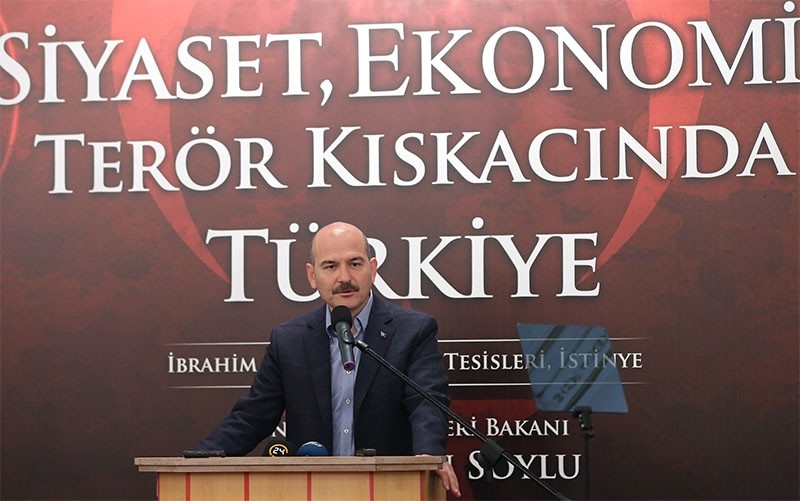 Turkey's Interior Minister Süleyman Soylu has said that recruitment for the PKK terror organization in the past six months has decreased by 90 percent compared to the previous year.

Speaking at a conference on global terror and Turkey's security policies at Karadeniz Technical University on Friday, Soylu said that 14,684 suspects have been detained as part of the non-stop anti-terror operations against the PKK in the past six months, and that 2,611 were arrested.

Soylu said that the security forces entered all 125 basecamps and headquarters of the terror group, which were claimed to be impenetrable in 12,704 separate operations.

The interior minister also said that the West provides new weapons and vehicles to the Democratic Union Party (PYD) in Syria, which get transferred to the PKK terror group in Turkey.

Even though the PKK is designated as a terrorist group by European Union, states in the bloc are tolerating its presence and approve pro-PKK rallies.

Between 2006 and 2016, Turkey has demanded the extradition of a total of 136 PKK terrorists from Germany. The German government agreed to hand over only three of them to Turkish authorities, the Ministry of Justice had announced.

Similarly, the extradition of 263 other terrorists, between 2007 and 2016, had been demanded from the entire EU and only eight of them were delivered.