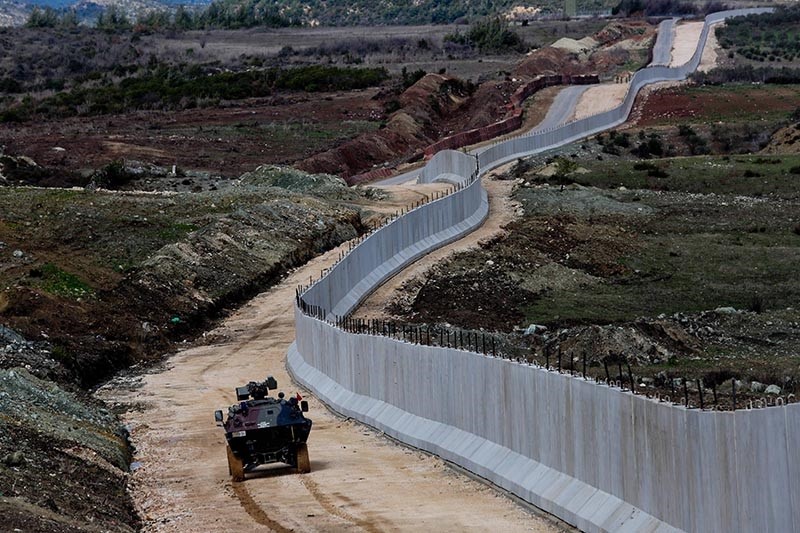 A suicide bomber who attempted to enter Turkish territory from Syria near the Turkish village of Inanlı has been jailed by a court order issued in southeastern Turkey's Kilis. The terrorist had been previously arrested two weeks ago by security forces controlling the region when they found him digging a tunnel under the concrete barriers of the Turkish-Syrian border.

The police identified the man as 29-year-old Dzhamaleil Gagiev, a Russian national. Gagiev carried a backpack in which 1.5 kilograms of explosives, two hand grenades and an explosive belt were found.

His testimony was taken by the Provincial Gendarmerie Command with the help of a translator. Gagiev claimed that he had joined Daesh two years ago and that he had been commissioned in Manbij after a training period of two to three weeks.

Gagiev said he had been wounded when Daesh and PKK's Syrian offshoot Democratic Union Party (PYD) forces clashed, after which he was discharged from Daesh, as the terrorist group no longer wanted to take care of him. He also claimed that the bag he was carrying with explosives inside was not his own.

Gagiev is now being charged with "joining, founding or directing a terrorist organization." Security forces continue to monitor the possibility of suicide attacks planned in Daesh-occupied areas.

Since Daesh emerged as a terrorist group in war-torn Syria, Turkey has detained over 5,000 Daesh suspects and deported over 3,290 foreign terrorist fighters from 95 countries and refused more than 38,269 individuals' entry to Turkey. The country has boosted security measures along its border to prevent the flow of terrorists.