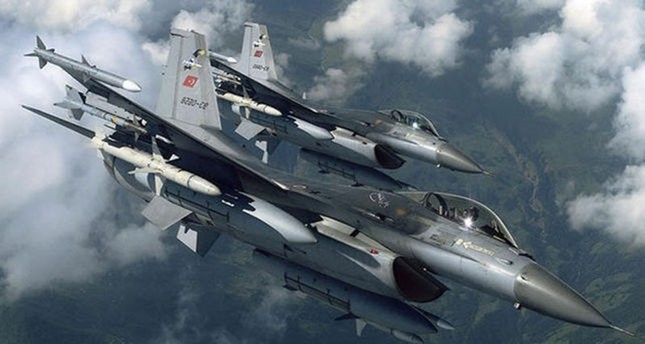 A total of 25 PKK terrorists have been killed in airstrikes in southeastern Şırnak province, the Turkish Armed Forces said on Thursday.

The airstrikes were carried out Wednesday evening and early Thursday upon receiving intelligence, targeting a cave and two weapons arsenals used by the terrorists.

A total of 13 PKK terrorists were killed during anti-terror operations on Wednesday evening, while 12 others were killed on Thursday in the Şırnak's northern Bestler-Dereler region, the statement elaborated.

Operations in the region are still underway, the statement aded.

The PKK, listed as a terrorist organization by the U.S. and EU, resumed its nearly 40-year armed campaign against the Turkish state in July 2015. Since then, over 600 security personnel, including troops, police officers and village guards have been killed along with more than 7,000 PKK terrorists in operations across Turkey and northern Iraq.