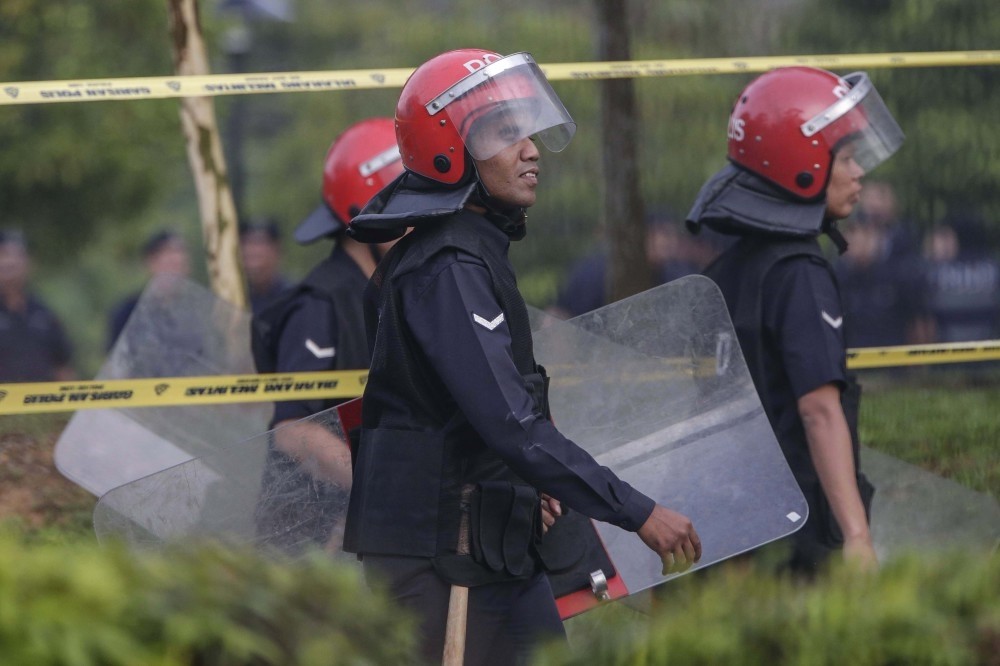 Malaysian authorities announced yesterday that Turgay Karaman and İhsan Aslan, two men who reportedly run the Malaysian branch of the Gülenist Terror Group (FETÖ), were arrested for "activities threatening Malaysia's national security." The arrests came as part of the Asian country's efforts to bring to justice anyone linked to the terrorist group, which is accused of orchestrating the 2016 coup attempt in Turkey. Following the putsch bid by infiltrators from FETÖ in the army, Ankara has called upon the international community to deport and extradite suspects linked to the terrorist group and shut down the group's activities around the world.

Inspector-General of Police in Malaysia Tan Sri Khalid Abu Bakar tweeted the that two men were arrested under Section 130 of the Penal Code that prohibits aiding the escape of, rescuing or harboring any prisoner of the state. Turgay Karaman was a witness in the trial of İsmet Özçelik, another suspected FETÖ member who was detained last year in Malaysia.Aslan is a businessman while Karaman is the administrator of a school linked to FETÖ in Malaysia according to Turkish media outlets. The two suspects are expected to be deported to Turkey.

Turkey, which detained and arrested hundreds for links to FETÖ in the aftermath of the bloody putsch bid that killed 248 people, launched diplomatic efforts to terminate the terrorist group's activities around the world. Malaysia last year had detained three FETÖ suspects and extradited them to Turkey in October. The two suspects, Alattin Duman and Tamer Tıbık, were senior militants of the terrorist group. Duman is the Malaysia "imam" (point man) for FETÖ, according to Turkish authorities. The suspects have since been arrested on terror charges.The country also shut down a FETÖ-run school following the July 15 coup attempt in Turkey.

The terrorist group made its first foray into Malaysia about two decades ago. It opened a school attended by the children of the Malaysian elite. Critics of the group say that the group gained its clout in the country in a short period of time and established ties even with politicians in the country. Speaking to Anadolu Agency (AA) in a 2016 interview, Ahmad Azam Abdul Rahman, who heads a Malaysian nonprofit organization, said FETÖ followed the same tactics it applied in other countries to spread its influence in Malaysia and first set up a school and then a business association. "They were influential on academics, intellectuals and journalists. Malaysians believed FETÖ was only an education organization for a long time," he said, adding that the Malaysian government became aware of the FETÖ threat after the coup attempt.

High-ranking members of the terrorist group, including its leader Fetullah Gülen, are already abroad while those in the lower ranks fled the country after it failed in the brutal putsch bid. The Interpol liaison office of the Turkish police is spearheading the efforts to bring back FETÖ members from abroad and it has succeeded in securing the extradition of 16 suspects so far from Asian and Middle Eastern countries including Bulgaria. Western countries, however, which are viewed as safe havens for sympathizers of the group, have been reluctant in the extradition process.

The terrorist group, which long posed as a religious charity movement to attract followers, managed to garner a following across the world and established a global network of schools and companies on every continent, spanning from the far corners of Africa all the way to California in the United States.

Ankara vowed to bring all FETÖ suspects to justice in the aftermath of the coup attempt that laid bare just how desperate the terrorist group was to seize power in the face of a crackdown against it. Several soldiers linked to FETÖ that were involved in the putsch managed to flee abroad while officers who worked in NATO missions abroad linked to the coup sought asylum in the countries they were posted to.