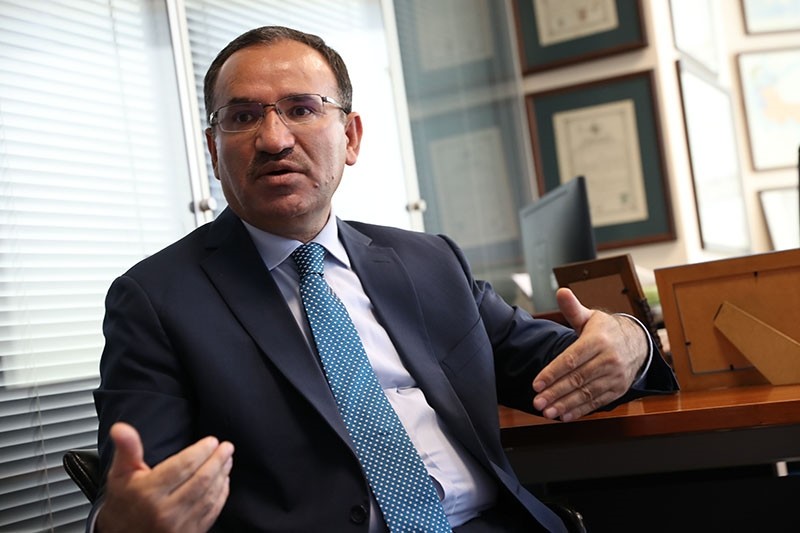 According to a ministry source who spoke on condition of anonymity due to restrictions on talking to the media, Bozdağ will share new evidence with his U.S. counterpart on Gülen ahead of President Recep Tayyip Erdoğan's visit to the country between May 15 and 17.

Bozdağ will leave for the U.S. on Sunday and return to Turkey on Tuesday.

The two leaders are expected to discuss Gülen's extradition, as well as the developments in Syria and Iraq plus the fight against terrorism.

Trump was one of the first international leaders to congratulate Erdoğan over the Yes win in Turkey's April 16 constitutional referendum.

The Gülenist Terror Group (FETÖ) is accused of masterminding the July 15, 2016, defeated coup in Turkey. The government has been seeking Gülen's extradition following the coup bid that resulted in 249 deaths and thousands of injuries.

Turkey's first official request for Gülen's provisional arrest was issued to the U.S. on Sep. 13.

Ankara maintains that the overthrow attempt was organized by followers of Gülen, who has lived in self-imposed exile in the state of Pennsylvania since 1999, and his terror group.

Gülen is also accused of leading a long-running campaign to overthrow the state through the infiltration of Turkish institutions, particularly the military, police and judiciary, forming what is commonly known as the parallel state.