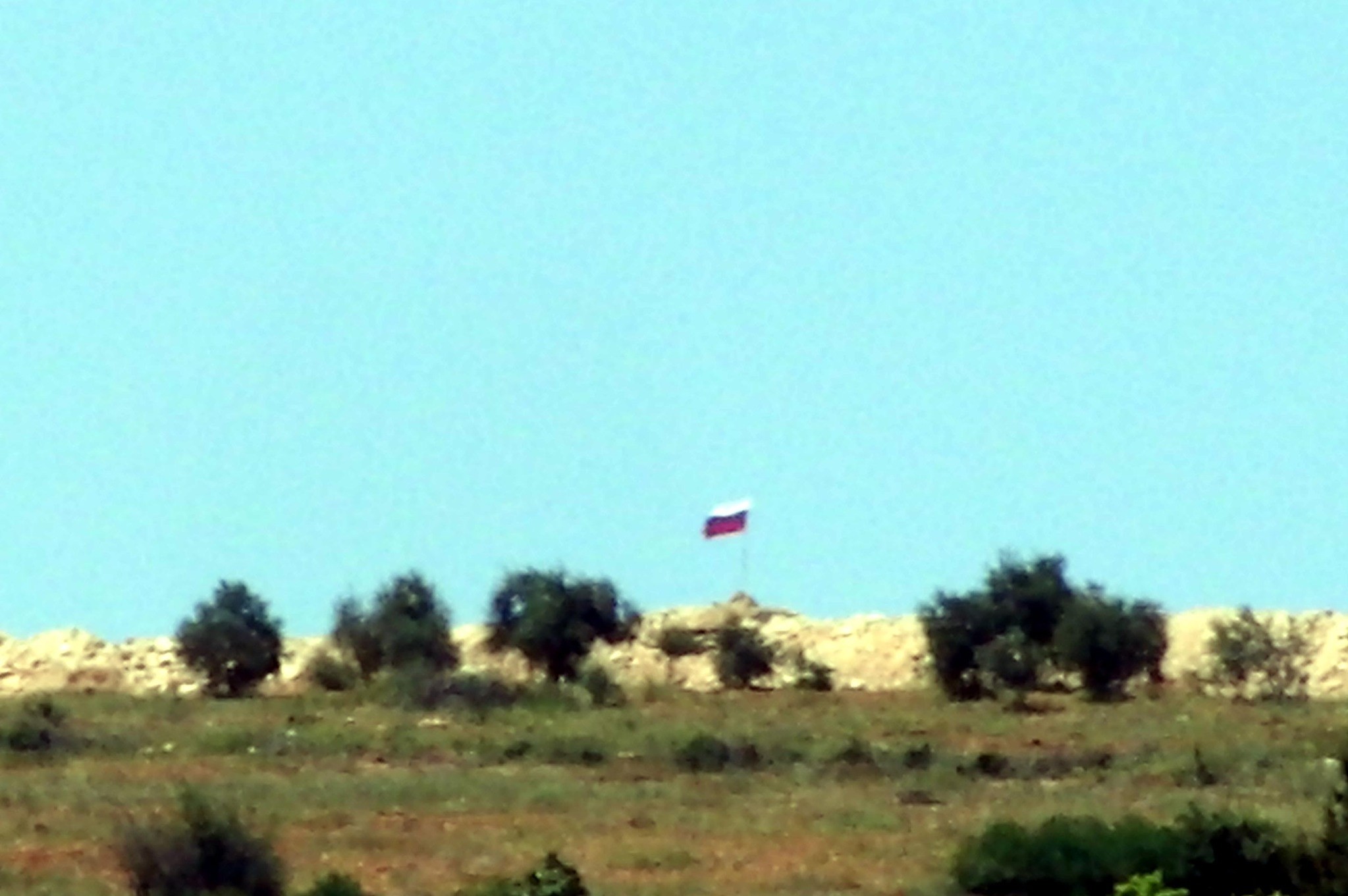 Russian flag was seen in raised in the PYD-held Azaz/Parsa mountain area of northern Syria. (DHA Photo)
by Daily Sabah May 11, 2017 12:00 am

The PKK-affiliated Democratic Union Party (PYD) raised a Russian flag in Syria's Afrin town on the Turkish-Syrian border on Thursday just a week after Russian President Vladimir Putin denied cooperating with the terror group in the region.

Last week, President Recep Tayyip Erdoğan told reporters on his return from a state visit to Russia's Sochi that he had expressed his concerns to Putin regarding the photos of Russian soldiers beside the PKK-affiliated Peoples Protection Units (YPG) forces in Syria's Afrin. The Russian president reportedly assured him that he would examine the photos.

The president quoted Putin as saying Russian soldiers could not be in cooperation with such groups.

This is not the first time YPG terrorists have used other countries' flags in the region amid efforts to prevent the Turkish Armed Forces (TSK) and the Free Syrian Army's (FSA) offensive in the region. The group previously flew U.S. flags on their vehicles while patrolling in Manbij and displayed Assad regime flags in the Aleppo offensive.